In honor of Cinco de Mayo we are serving up a special flight of mezcals. If you aren’t familiar with mezcal, think of it as tequila’s smokier cousin. Both are made from the agave plant (which by the way, sharp, prickly leaves aside, is not a kind of cactus. The agave plant is a member of the lily family). Mezcal is the name given to all agave-based distilled spirits, meaning that all tequilas are actually mezcals, but not all mezcals are tequila. Tequila is made only from the blue Weber agave plant, and only in the state of Jalisco. Mezcal is made in 7 other regions of Mexico — much of it in the state of Oaxaca — and from as many as 30 different types of agave.

Mezcals tend to be smokier than tequilas. They are typically from smaller distilleries, and made using traditional and old-school methods. While the agave piñas are roasted in huge ovens for tequila, when making mezcal the agave is cooked buried under earthen mounds over pits of hot rocks — giving the mezcals their distinctive smokiness. Like wine, mezcals have a strong sense of terroir or place — each village or region has different nuances in distillation practices, water, and the actual plants. Drink fine mezcals as you would a good peaty scotch – straight, on the rocks or in a nuanced cocktail. Just don’t shoot it — it’s too good.

For our flight we wanted to give a range of flavors, styles and regions. 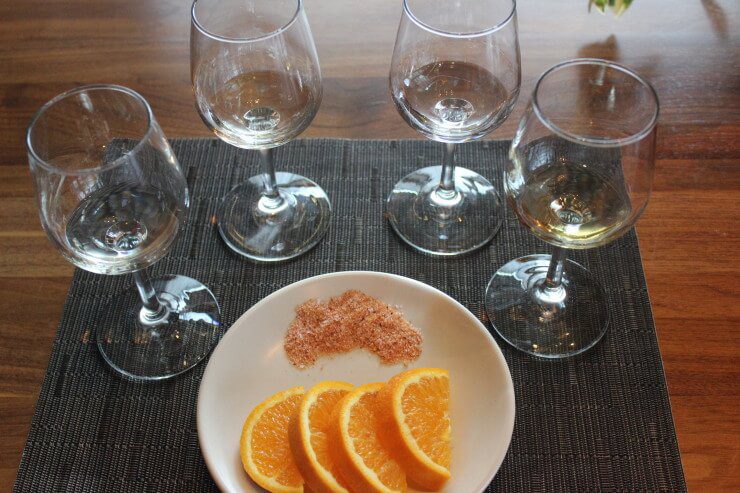