It is not every day you get asked to make a dinner in a salt field. At first it sounds like an odd concept, until you find out the sea salt production is in the Hamptons and there is beer involved. To be more specific: a meal to be served at the Amagansett Sea Salt production site that highlighted Long Island farms and fisheries to be paired with Blue Point Brewing Company’s seasonal summer beers.

The partnership arose because we have been serving Amagansett Sea Salt at our restaurant for the past eight years. We have also visited Steve who runs the operation while out on a Long Island farm trip. Furthermore, our own Chef Gary King used to work out in the Hamptons at a farm-to-table restaurant called Moby’s (which is still in operation at a new location in East Hampton). He is very connected to many of the farms and fisherman out there on the South Fork. Lastly, Blue Point Brewing Company uses Amagansett Sea Salt in several of its beers including a Seaweed IPA, Sour Plum Gose, and Mexican Lime Chelada-style Lager. So when Blue Point asked Steve for potential restaurant partners for a Local Long Island Dinner in a Field, PRINT was the perfect fit. 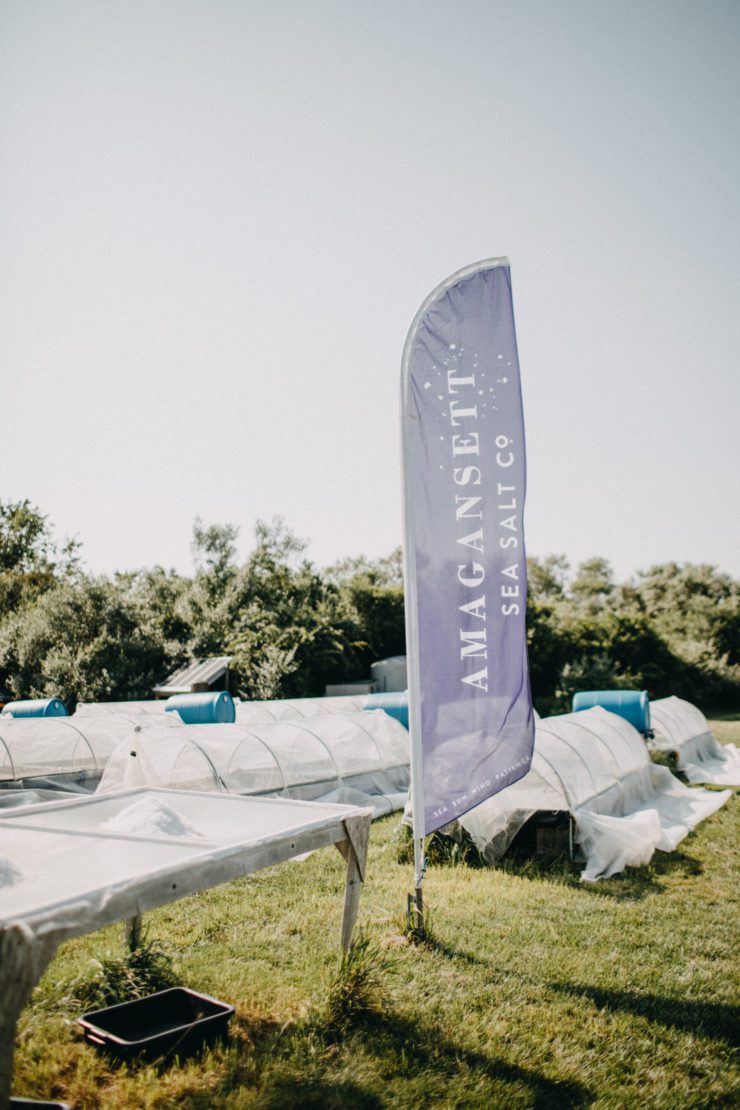 The kitchen crew headed out east and picked up the freshest Long Island produce from Bhumi and Balsam Farms. They then ventured to Montauk to get the fresh fish, clams, and oysters from the bay. What came together after a lot of hard work was an unforgettable Long Island dinner in a field. The menu and beer pairings are below. 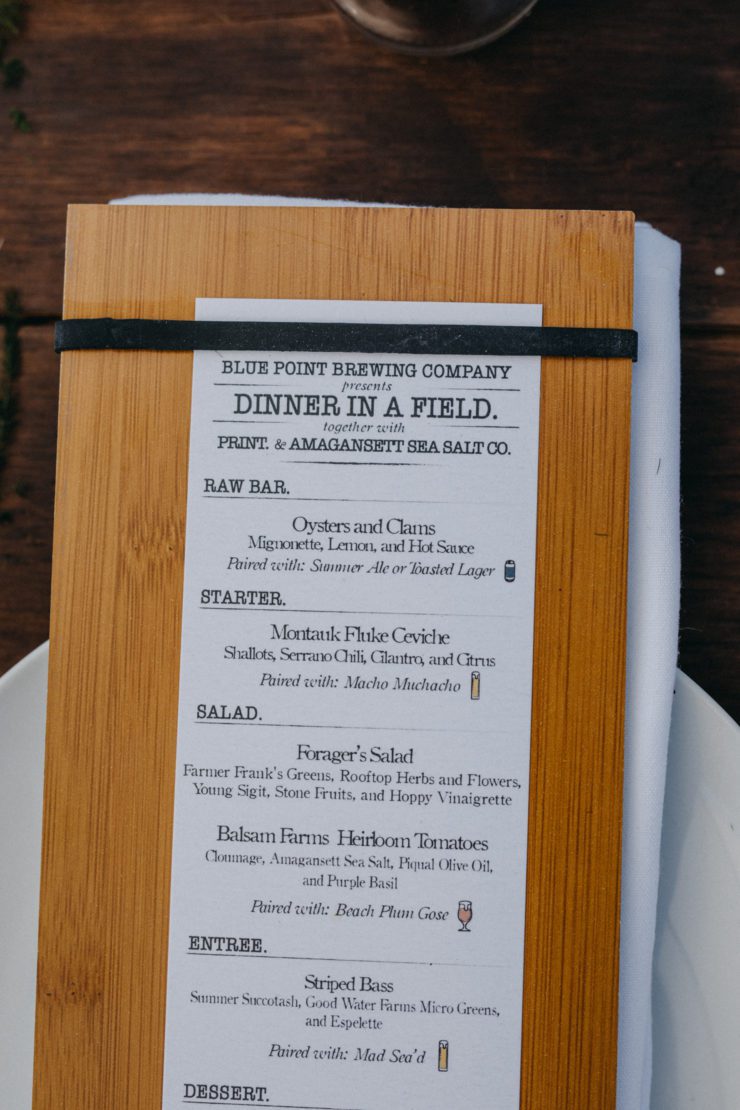 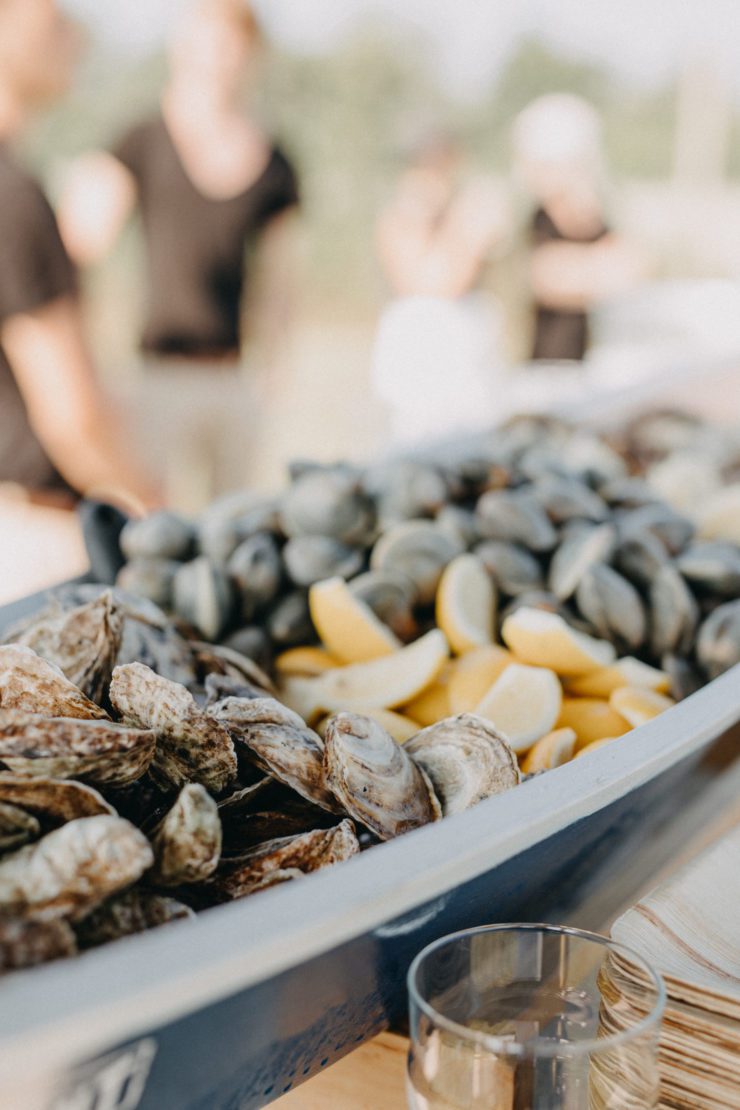 First order of business was cracking open the firkin containing the cask ale we collaborated on with the brewery. Several weeks earlier on a visit to the brewery we brought nasturtium leaves from our rooftop garden which got infused into a wheat pale ale with a touch of sea salt. The result was a refreshing ale with a bit of spicy kick in the back from the nasturtium.

Steve was on hand giving tours of his solar-powered salt works and explained how the sea water is transformed by the holy trinity – sun, wind, and patience – into cubic salt crystals that then must be broken down to achieve the desired flaky texture. We used the salt to season every dish. Even our Pastry Chef Amy’s dessert was garnished with corn nuts and sea salt for contrast to the sweet Buttermilk Black Berry Tart and slightly bitter Citrus IPA Ice Cream. In the end each ingredient’s inherent peak season flavor  was highlighted by the sea salt’s complex briny flavor and washed down with Blue Point’s refreshing summer beers. Indeed it was the perfect summer evening in the Hamptons to sit back and relax. 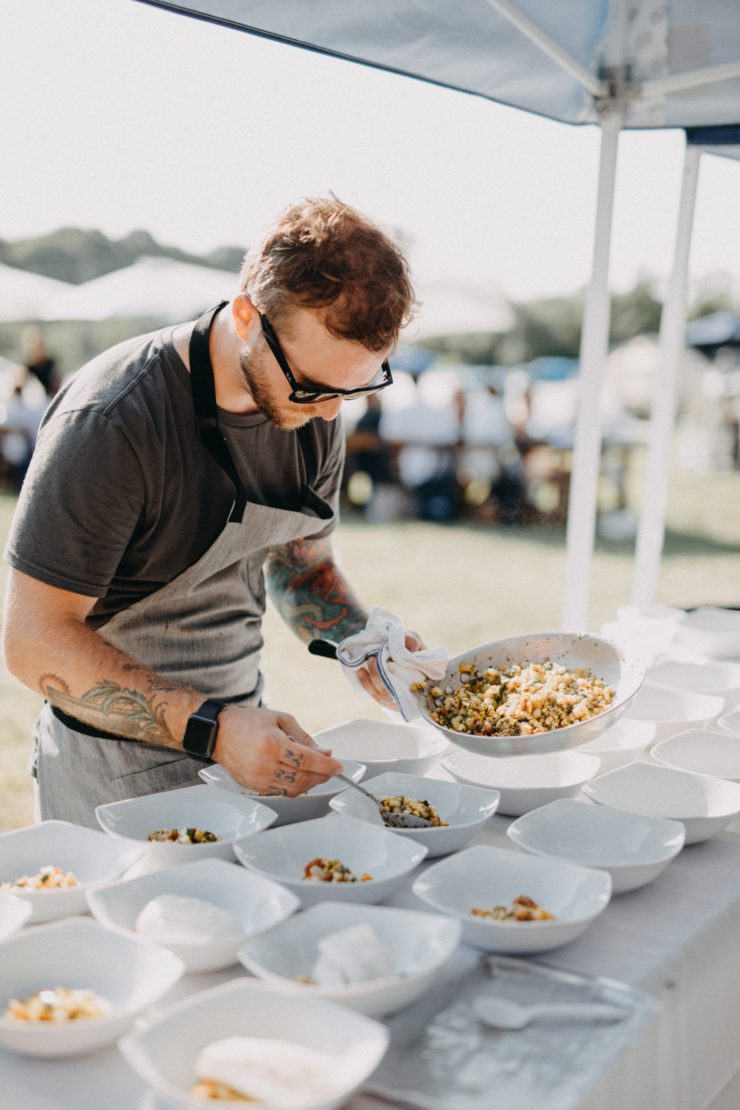 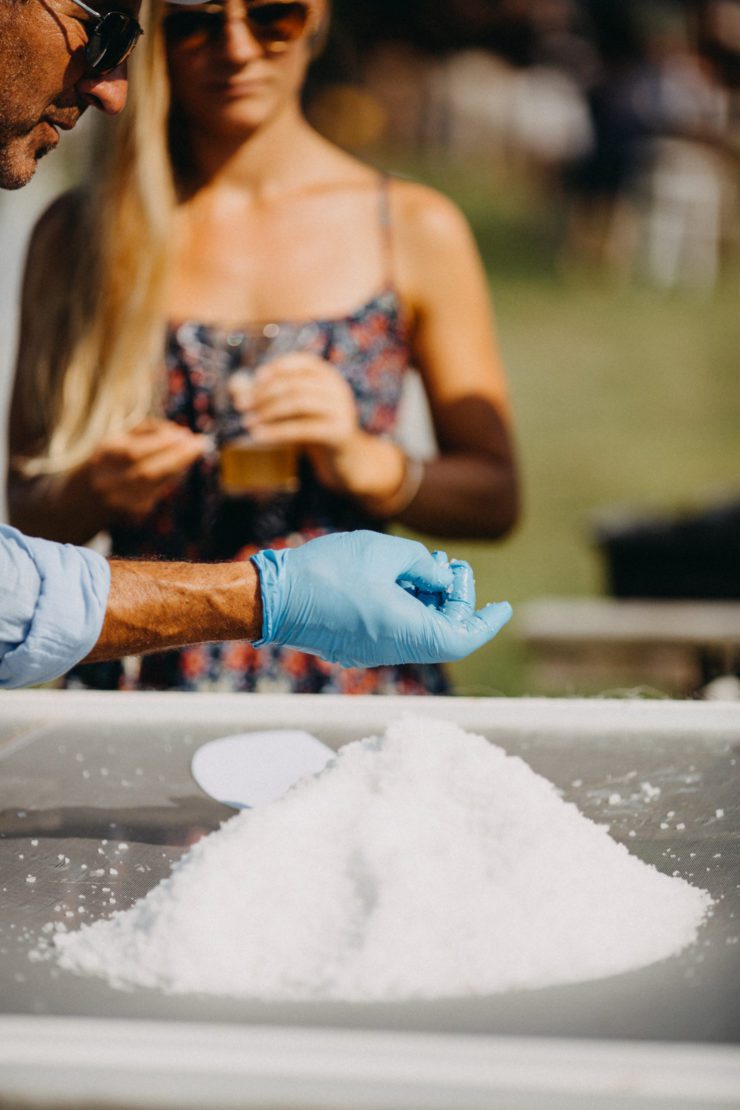 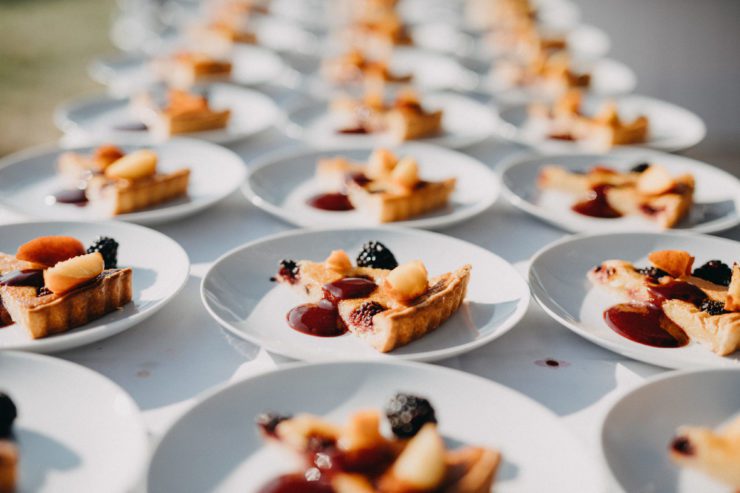 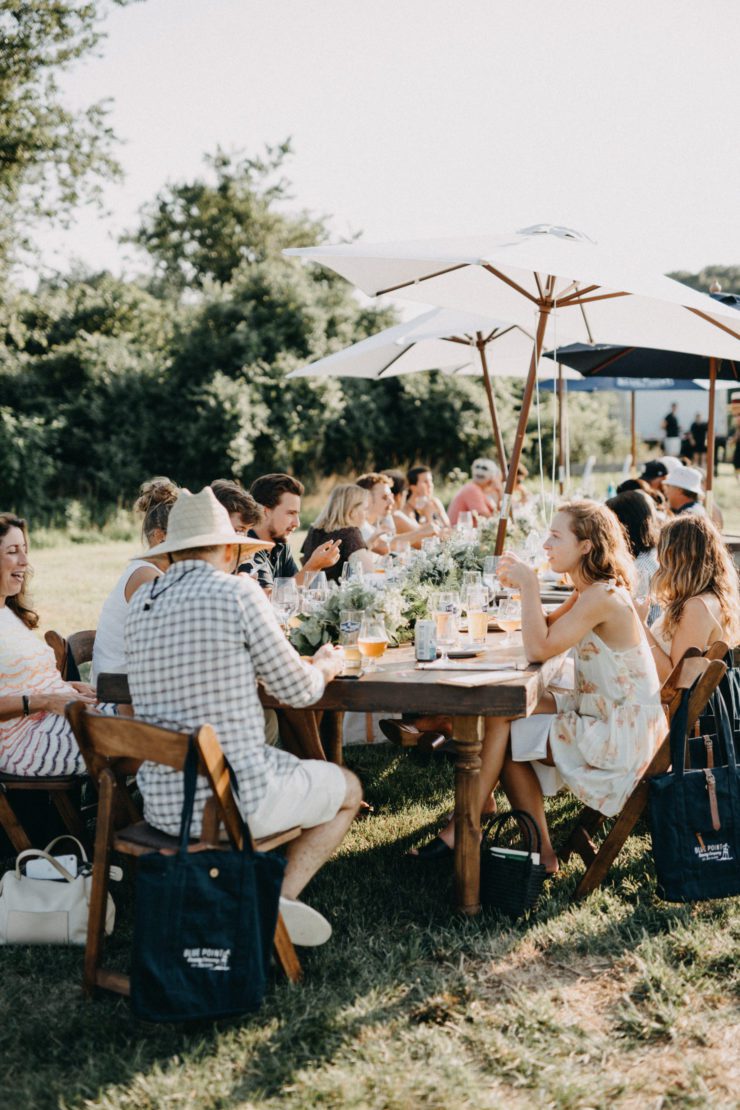 All Photos By Michael Cassara Photography