It was approaching the dead of winter at the Union Square Greenmarket, when suddenly a new stand appeared. Aside from an intriguing name – Alewife Farm – their tables were lush with baby greens and vibrant with carrots of all hues. Tyler Dennis is one of the few farmers that sticks it out at the market all through the brutal winter weather and manages some variety outside of root vegetables by growing in a greenhouse. It is difficult to imagine now but when the doldrums of winter kick in, even just the sighting of one new green – watercress – can delight the senses. Needless to say we became a consistent customer.

Conversely we found ourselves in the sweltering peak season, so we decided to head up the the Hudson Valley and visit Alewife in full swing. 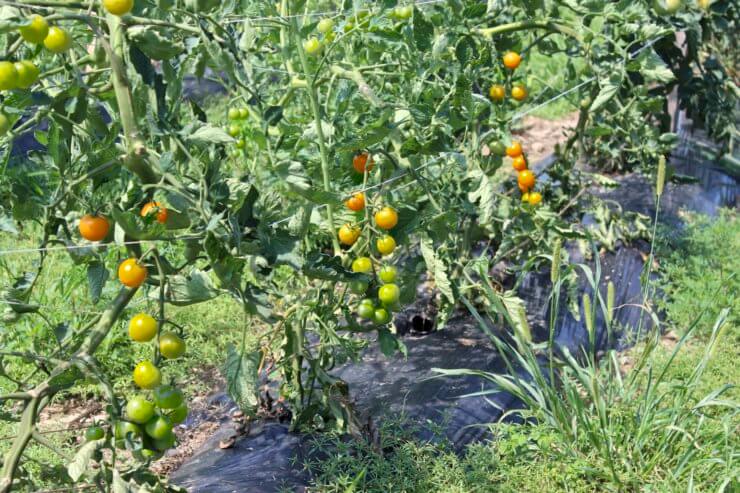 Alewife’s dedicated work ethic also showed itself immediately up on our arrival at the farm, when a small crew trudged up a the hill after weeding the fields in the blazing midday sun. The crew is currently an all-female force; it turns out that there is a gender sway in the Hudson Valley farm scene. While cooling off in the barn and enjoying a mezze picnic, Tyler explained that he had met several of his current colleagues while working alongside them for several years at Blue Hill Stone Barns Agriculture Center. It was there, on the Rockefeller-funded property that they had all cut their teeth and learned valuable skills in farming and raising livestock. Now they apply much of this knowledge of heirloom varietals, and beyond-organic no-spray farming methods to the fields in Dutchess County. 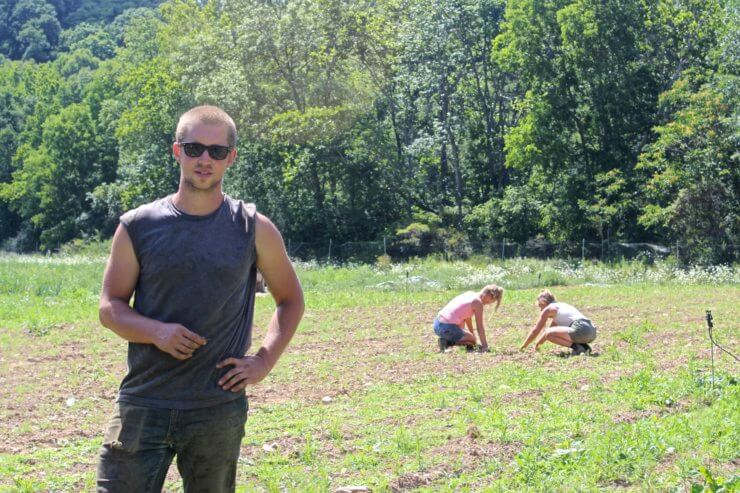 In these fields is a vast array of diversity, from twenty-plus varieties of cherry tomatoes in the hoop houses to rows of purple okra grown specifically for their flowers alone, and a patch of heirloom sweet corn. After lunch the ladies had gone back to the field to weed baby fennel, which was a special bulk order placed by Blue Apron, the meal kit delivery service. Tyler told us it is a mix of restaurant support and large bulk speciality orders like these that help to bring in consistent income to the farm, which is still relatively new at only 3 years old. He currently leases the land that they are on, but pointed out that the soil is extremely rocky and hard to work with. He is looking to find a new property within the Hudson Valley for the next growing season. As the farm continues to migrate, grow, and evolve, the Alewife name will remain, which comes from the name of a herring species that swims in the creek behind their fields. In a sense, their story as young farmers parallels that of the fish: there is declining numbers of them, but those that survive are acclimating to new habitats and changing landscapes, ultimately navigating their way through the estuaries of the New York landscape. 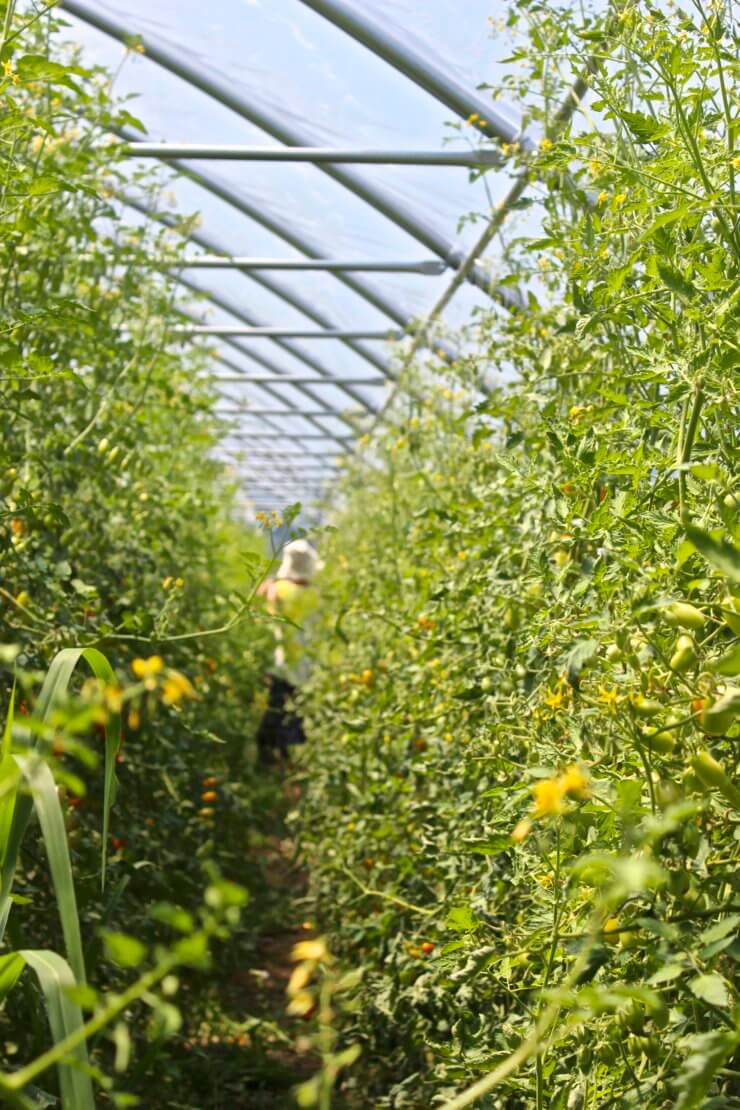