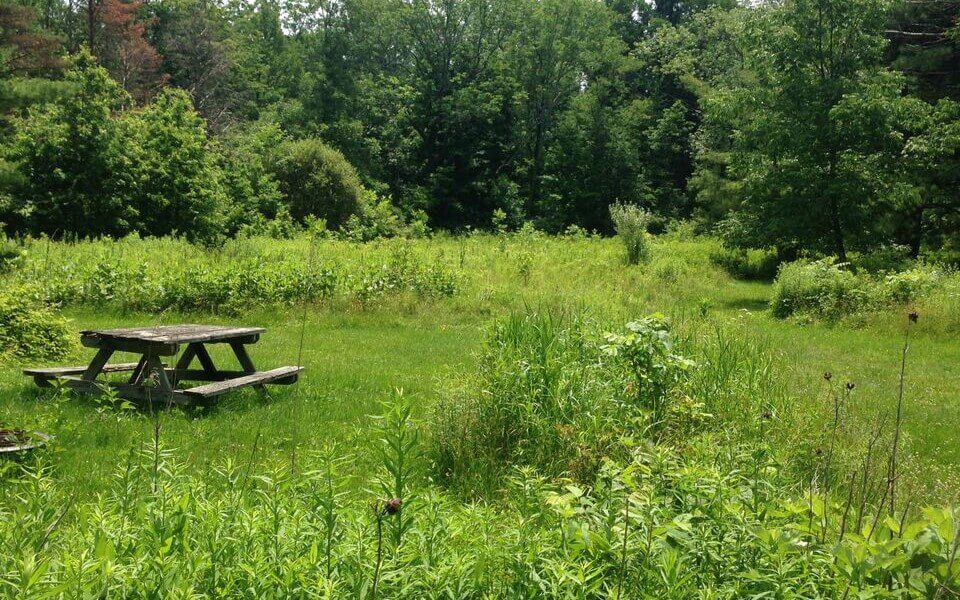 We source a lot of the foraged wild ingredients in the PRINT. kitchen from Meadows + More, an amazing local company founded by forager extraordinaire Tama Matsuoka Wong. After graduating from Harvard Law School and working for over 25 years as a financial services lawyer in Tokyo, New York and Hong Kong, Tama forsook the corporate life and returned with her family to Hunterdon County, New Jersey where she rediscovered her passion for the natural world and became a forager and meadow doctor. In 2007 she was named Steward of the Year by the New Jersey Forest Service and was a TEDx Manhattan speaker in 2013. Her deliveries of wild edibles she harvests from her own meadows and land she stewards are often a highlight of the week, and inspire all sorts of experimentation. Last week we were psyched to go visit her and try some foraging of our own.

First we toured Tama’s own property where she creates the perfect environment to just let wild ingredients thrive, and makes sure that there are no pesticides used. She had us taste a real mulberry, which was kind of a revelation. Most mulberries that you find in backyards and along city sidewalks are cross bred varietals and sort of bland. The true mulberry has a long cone-like shape a really complex honeyed flavor with a subtle tartness. We were let loose on the tree to take what we wanted! 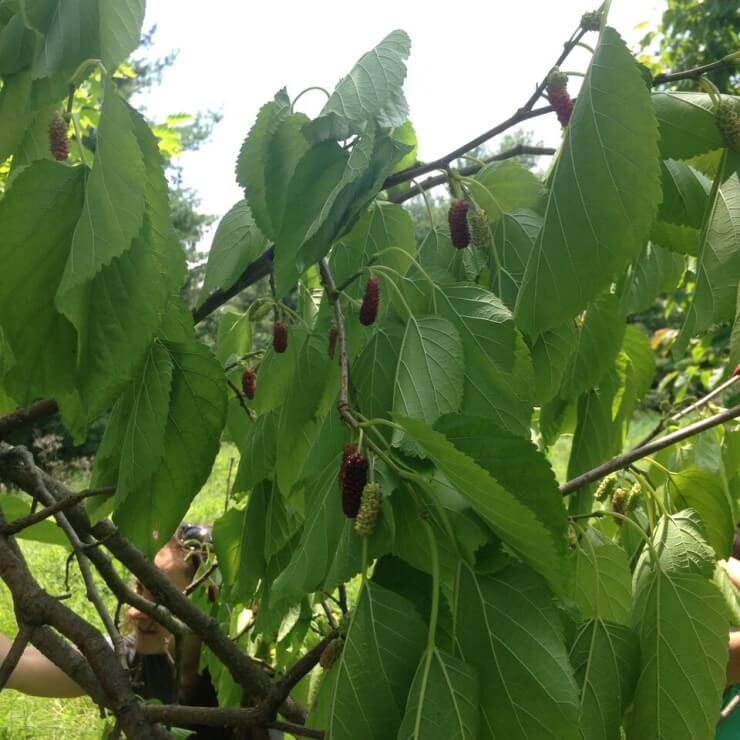 Next Tama showed us wild garlic bulb tops, which are like micro mini garlic cloves that you can sprinkle on anything. We are getting some of those in the kitchen this week and are excited to try them in a few preparations. 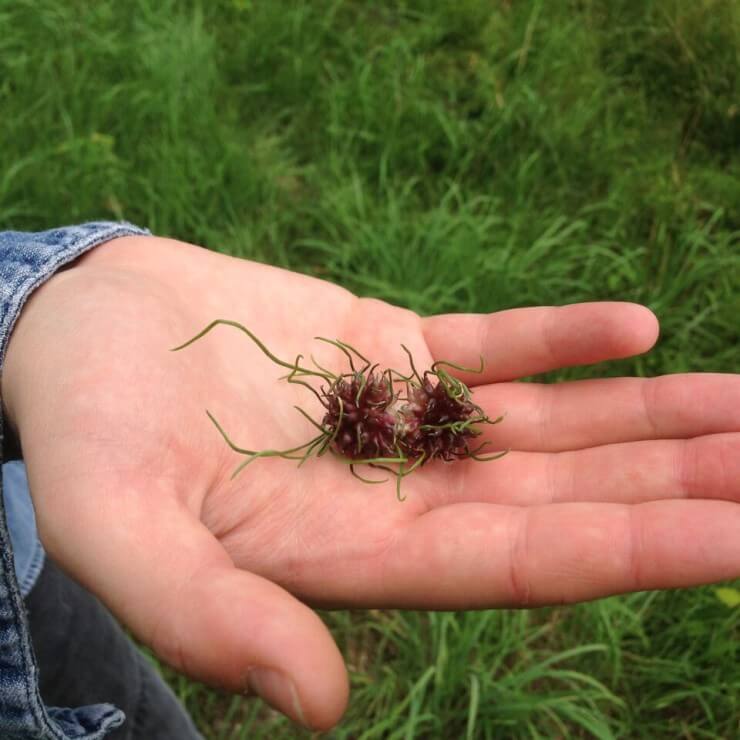 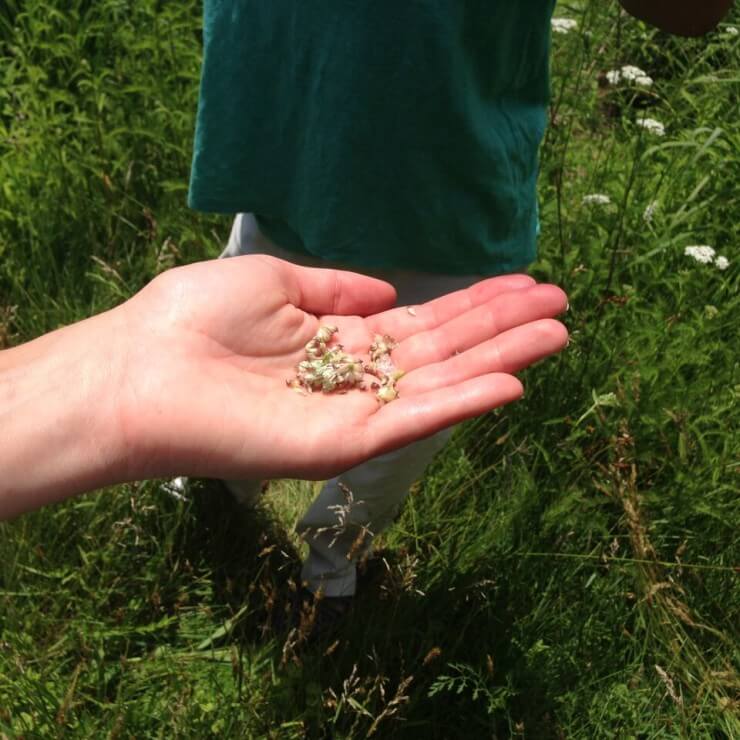 Then she showed us her milkweed patch that she planted and explained how other plants have sprung up around it, sort of like a pop up meadow. There is a big push to plant milkweed near highways and parks to bring back more bee’s and butterflies. 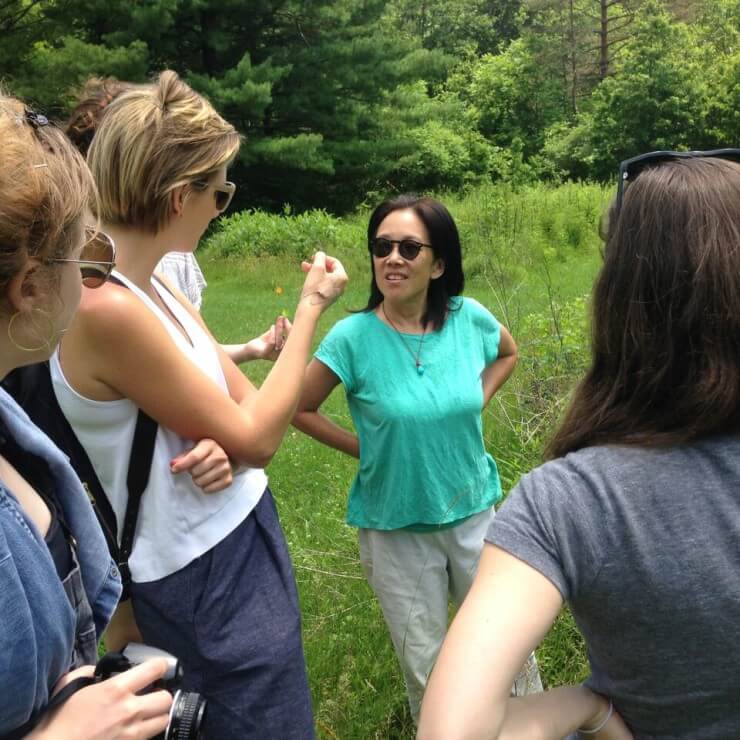 We then visited her “garden” of raised beds. She often jokes that one of the reasons that she was first interested in foraging is because she is such a bad traditional gardener. What she has done with these raise beds is let certain wild plants and herbs dominate — she removes most other weeds around and lets that one weed have dominance, so she has patches of purslane, shiso, amaranth, anise hyssop along with many others. We noticed the flavor of the anise hyssop and shiso is so much more potent than the cultivated varieties. We also tried a native wild mint with an intense aroma and slight bitter finish that our pastry chef Emily is playing around with. And we also visited the hickory trees where we get the bark for Emily’s innovative panna cotta dessert. 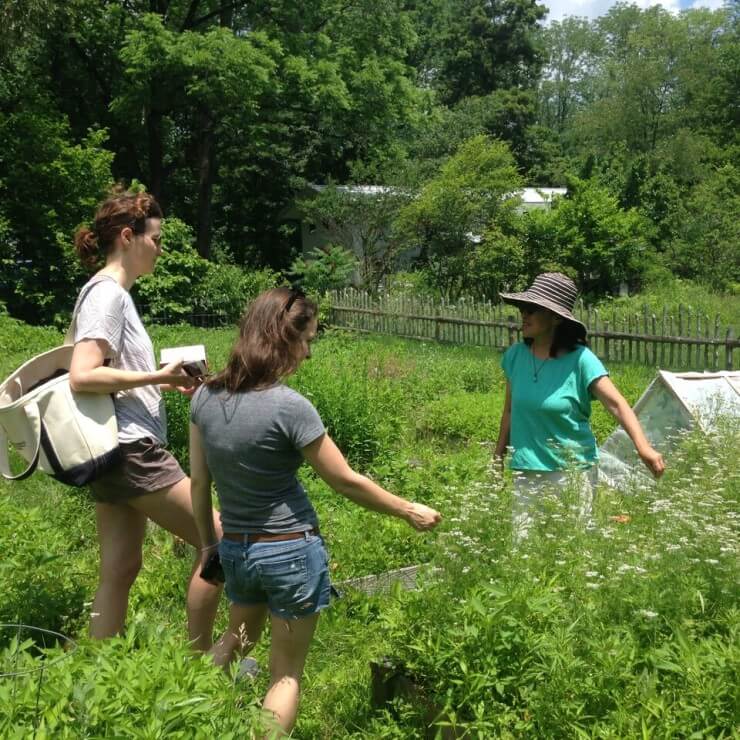 We also were able to wander down the road where she found vacant farmland to plant her sumac farm. It’s a one acre patch that has been growing for about a year now and is already going strong. Tama is using it as a research site since we know so little about the cycles of the sumac tree. She harvests the powder from the seedling pods in September. Such an inspiring afternoon! 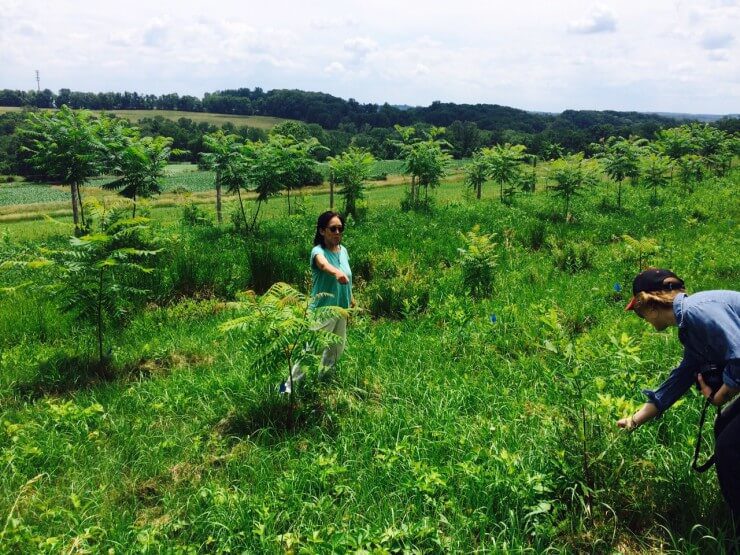 ← In Season: Cherries
Welcome Dock to Dish to the PRINT. Kitchen →