In an effort to get in one more farm trip before the snow set in, I made my way up the Hudson Valley near the edge of the Catskills to see Alewife Farm‘s new fields. Last summer we visited them in their temporary 12 acres on the other side of the river in Dutchess County where they were battling an extremely rocky soil and lack of natural irrigation due to sloping fields. At their new 48-acre property in Kingston they have rich soil with natural irrigation that has been farmed on organically for over a century. Needless to say with the land mass increase and productivity of the fields, they are busy amping up their production. I went to see some of their new machinery and to lend a helping hand harvesting spinach.

There are not many farms who come to the Greenmarket all winter long. Many take at least one or two months off to regroup before the spring season. Alewife is one of the few troopers who sets up their stand through the bitter cold days in January and continues to grow greens in hoop houses. In essence, they keep the market alive and vibrant through those dreary days! Aside from those precious greens they will also bring storage crops like beets, cabbages, winter radishes, squash, and lots of carrots (100,000 lbs to be exact; this is one of Tyler, the farmer’s favorite vegetables). Currently they were looking to hire more temporary labor to help with the late harvest of such crops out in the field. We helped to pull up beets whose greens had died from frost but the roots were hefty and good for roasting. 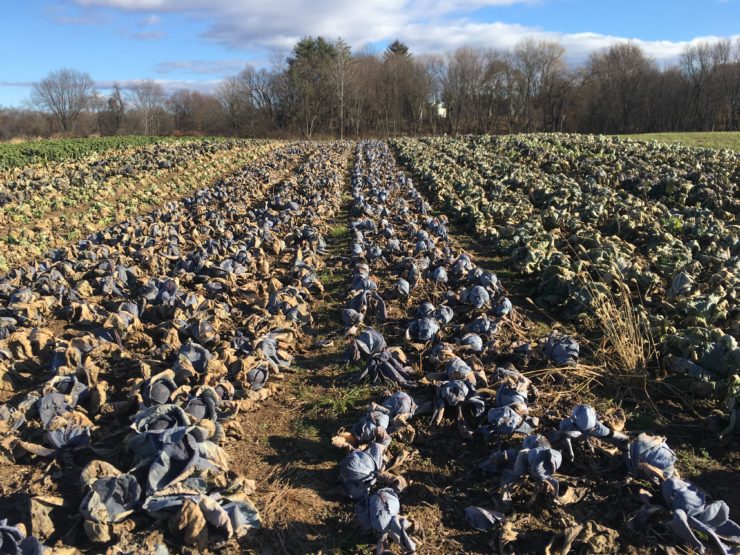 Then we headed over the the spinach rows which were also being shared by a cold-tolerant edible weed called Upland Cress. Tyler showed us how to cut the spinach from the stem and to leave behind any damaged leaves. Spinach grows low to the ground which is part of why it remains so frost-tolerant, but that also means you have to get on your knees to harvest it. Let’s just say the next day I was sore in some strange places! Another good thing about frost-tolerant crops is that they actually defend themselves against the cold by converting starches into sugar, thus they have a much sweeter flavor. The spinach I brought home that I simply sautéed and put with a sprinkle of lemon was indeed sweet, tender and succulent. Tyler said that the spinach from those same rows can be harvested again in the early spring and will be almost like candy since nearly all the starch will have converted. He says it looks a bit worse for the wear with some yellowing on the leaves, but those who can look past that are in for a treat!  Who know something green could become so decadent? 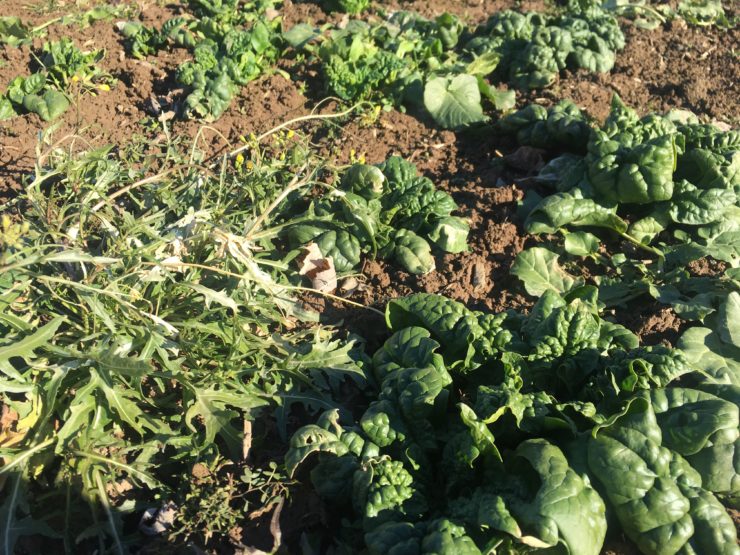 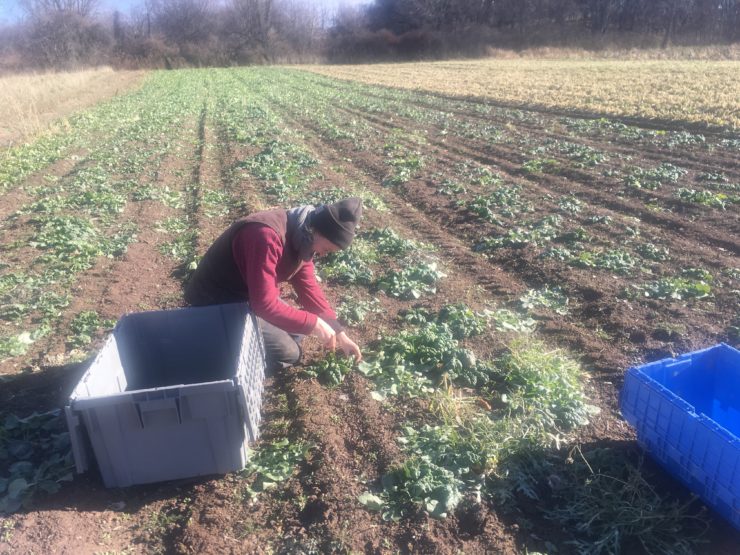 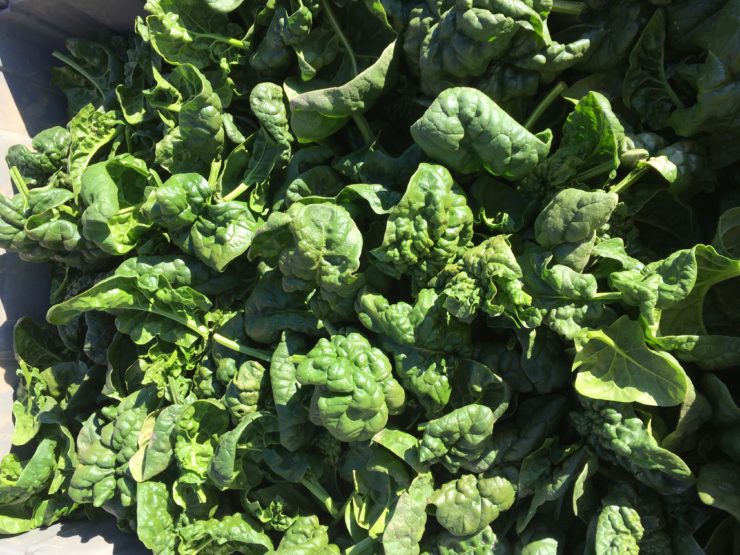 The sun was close to setting and the cold winds were starting to blow across the fields when I departed. They were going to wrap up washing all the beets with their new machine (image below) and the spinach in a large tub. I was only out there a few hours and was chilled and near exhaustion, so it made me appreciate even more those farmers, like Tyler and Brent, who work through the winter weather and bear the long market days. All in all it is great to see a small farm like Alewife spread its wings onto a bigger property with bigger opportunities and capacity for growth. We can’t wait to see what they will be up to in those fields this spring! 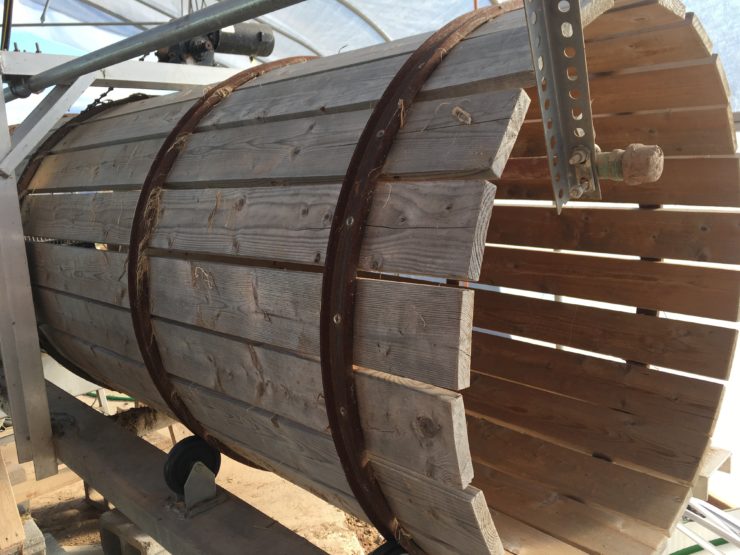 To support Alewife through the harsh winter, visit their stand Monday and Friday at Union Square Greenmarket. To see an up-to-date account of what they are up to on the farm follow them on instagram @alewifefarm.