We at PRINT have worked with Van Brunt Distillery over the course of several years. We love serving their unique local whiskeys in a stand-alone format to be sipped and savored. This year they came out with a new more cocktail-friendly product called White Rye Whiskey. This spirit is basically a moonshine with more finesse due to 3 months of barrel aging. All winter we have been featuring the white rye in our hot toddy with local honey, fresh ginger, lemon, and spices. The fruity notes inherent in the rye and the slightly higher proof make it the perfect toddy base that brings instant warmth. 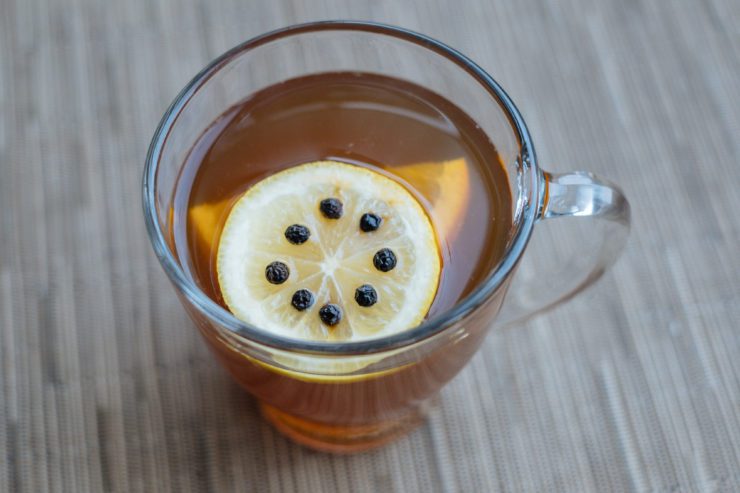 We were thrilled to join in on a recent industry night tour and tasting in Red Hook with Van Brunt’s Master Distiller, Daric Schlesselman. First, we sampled the American Whiskey, which is a unique four grain whiskey. They call it a “pre-industrial farmhouse style whiskey with a unique grassy, floral notes with the fresh oak sweetness of a bourbon & hints of tobacco” (Van Brunt Website). Daric openly admitted that this unique version of a whiskey is a difficult to sell to a broad base of consumers. Therefore next they decided to produce a bourbon that would be more approachable. It also contains four grains, however it is made up of 51% New York corn which brings “bold and full-bodied character with notes of chocolate, butterscotch, sweet cream and banana, finishing smooth with hints of spice pepper, maple, nuts and coffee.”

After the success of the bourbon, Daric’s wife and co-owner, Sarah Ludington, suggested they make a rye whiskey. Rye is becoming trendy in the industry and amongst bartenders. In general, Daric had not been thrilled by the flavor of other rye whiskeys on the market and was not excited about the endeavor. However, he got to experimenting using unique local malts and yeasts along with an heirloom variety of rye. He realized there was a huge potential of flavor and complexity. After twenty or more trials the end result is “spicy on the palate with a sweet floral nose, hints of coffee and chocolate, with raisins and cherries, and a lovely toasted almond finish.” Their rye is a part of an exciting movement amongst several distilleries to create a hallmark style of whiskey for New York State. This rye is called Empire Rye, and features the character of locally grown heirloom rye berries. 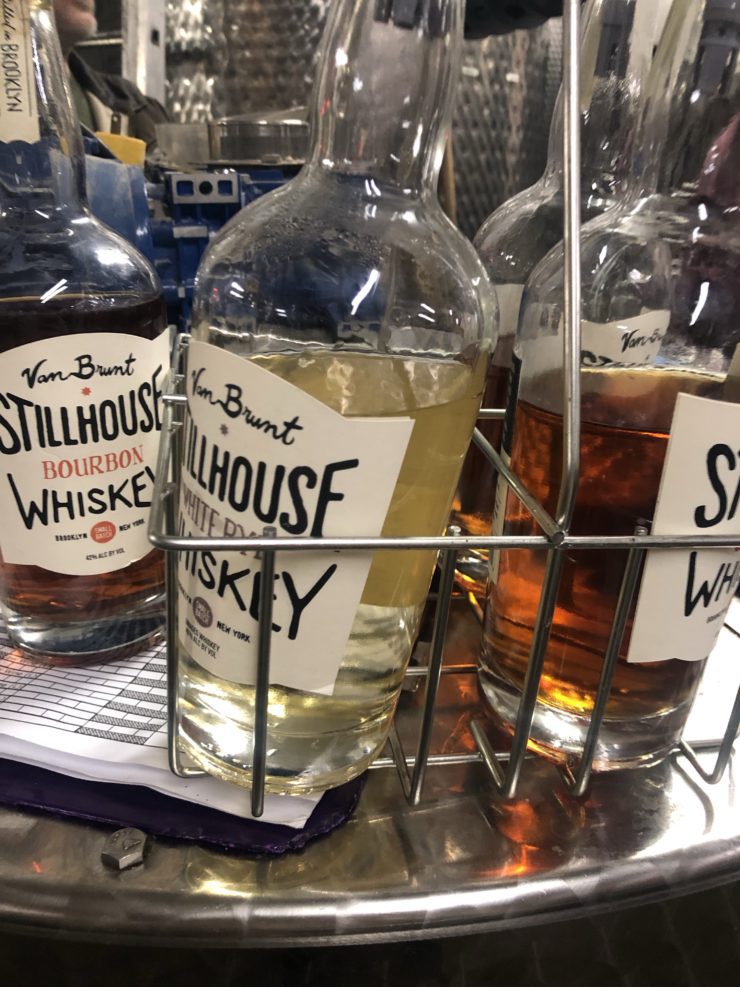 Van Brunt Distillery had made moonshine in the past. Making moonshine basically gives the operation a product they can distill and bottle right away without aging. It makes for a product that can be sold at a lower price point. However, they were not big fans of the unaged raw version and so created the White Rye. It is a unique three month aged young whiskey, with a nice roundness due to the aging but with prominent floral and fruity notes. This worked perfectly in a cocktail called the White Rose, which we enjoyed in the tasting room at the conclusion of the tour.

What made this visit memorable was not just the tasting and the tour but hearing the story of the distillery. The distillery came into being seven years ago and the process of making of these labor-intensive farmhouse whiskeys is what put it on the map. You can honestly taste that care and creativity with each sip and sense that each bottle truly is a “celebration of small-batch spirits that showcase the flavorful essence of the local grains” (Van Brunt Website). If you would like to get a taste for yourself, visit their tasting room in Brooklyn and book a public tour. 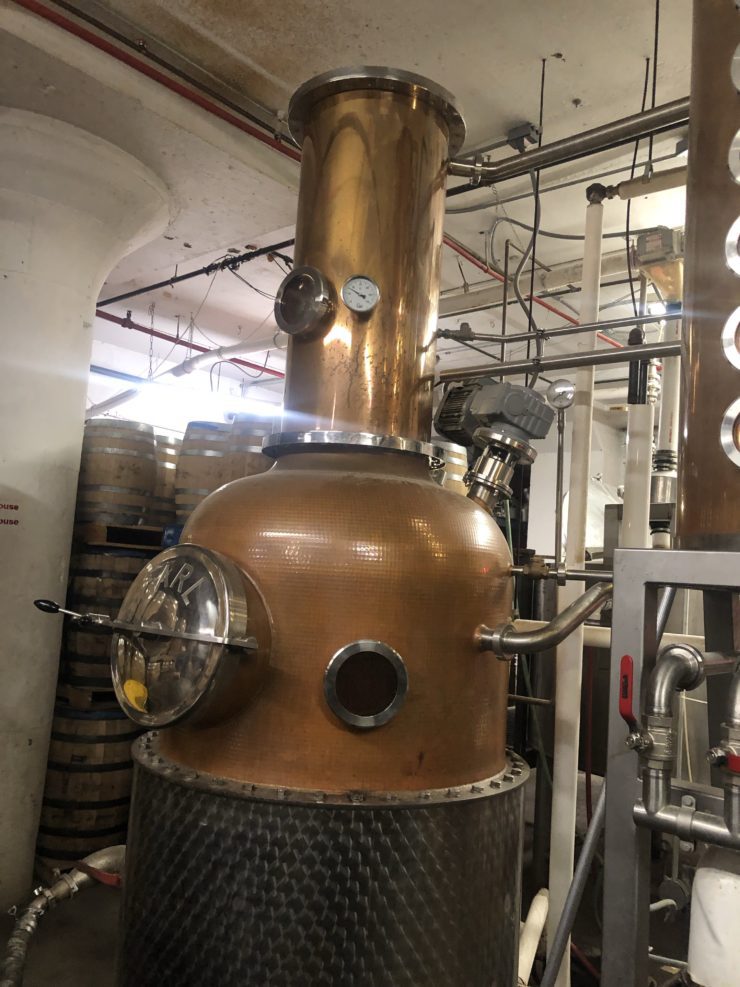