When we learned that the Fulton Fish Market in the Bronx is the second largest in the world outside of Tokyo, we knew we had to get a glimpse of the action. So we reached out to our local distributor, The Lobster Place, and set up a tour. We were slightly alarmed when they told us to arrive at 2 a.m., but after preparing ourselves with naps and coffee we were able to power through the graveyard shift. This is a place that will make you a true believer that this is the city that never sleeps. 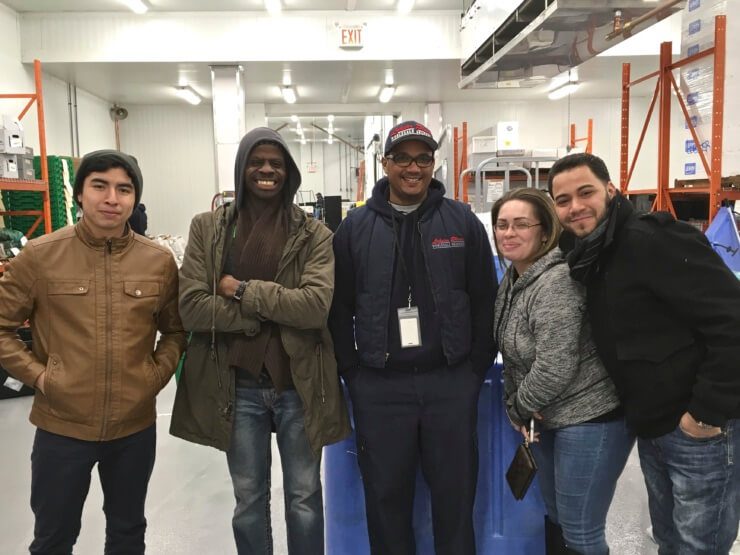 Upon our arrival at the Lobster Place warehouse around 1:30 a.m., the overnight sales rep was manning the computer to handle late night orders from restaurants and retail vendors. Half of the fish butchers were on their “lunch break” and everyone else was on the floor organizing orders and cleaning product. We made a friend in the lobster area; he was indeed very “vivant” (lively) as opposed to his friends down below who would be sold as dead lobsters for places making stock and soups. The vivant lobsters are sometimes kept in this large lobster aquarium until ready to be sold and can stay alive in there for two weeks. Fish of course are not so lucky to stay alive at the warehouse, and when not sold whole, but filleted, the scraps are composted into a rich manure for soil. 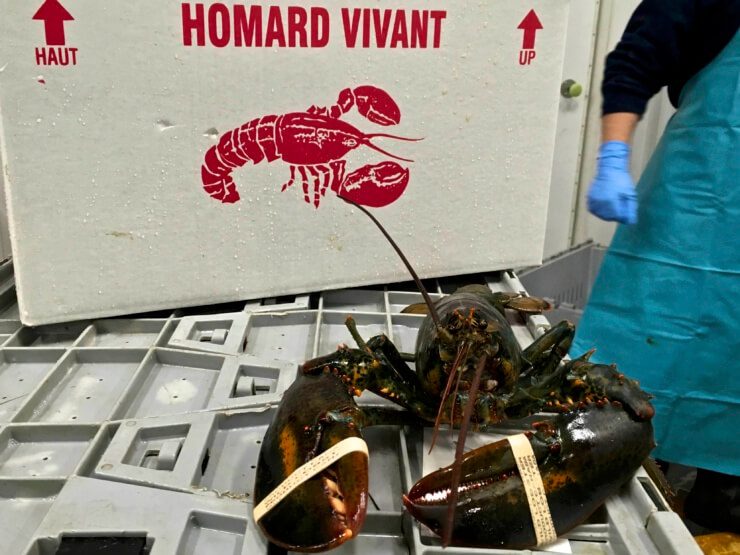 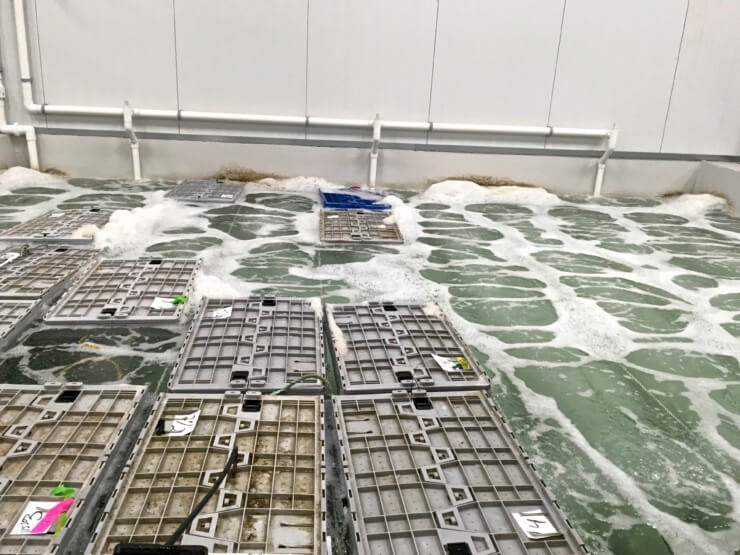 Next, around 2 a.m. we followed the Lobster Place’s veteran buyer Jose to the market. Walking into the giant warehouse we were careful to avoid getting run over by the endless parade of fork lifts zipping every which way. We felt a lot like tourists in a strange new land as we ogled and photographed the piles of oysters, shimmering boxes of fish, large fillets of tuna and swordfish, and crawling crabs! 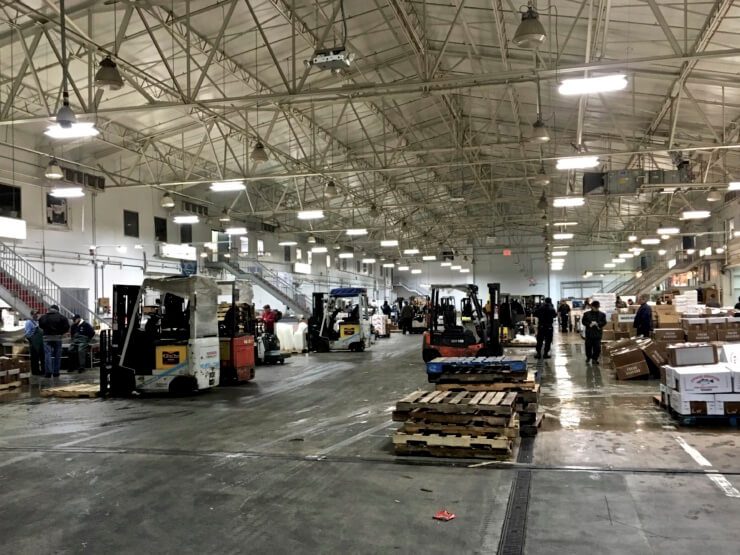 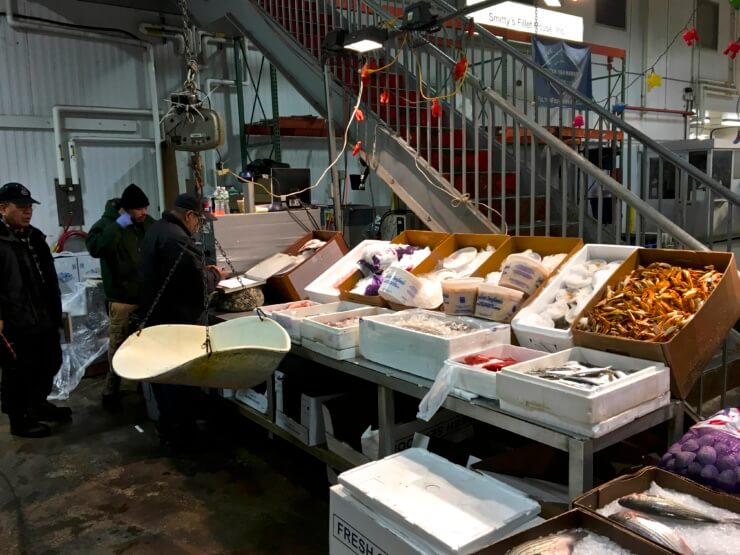 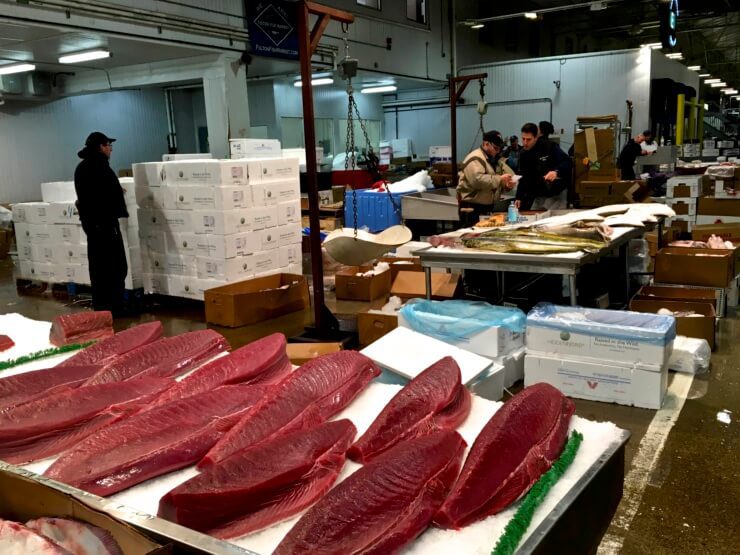 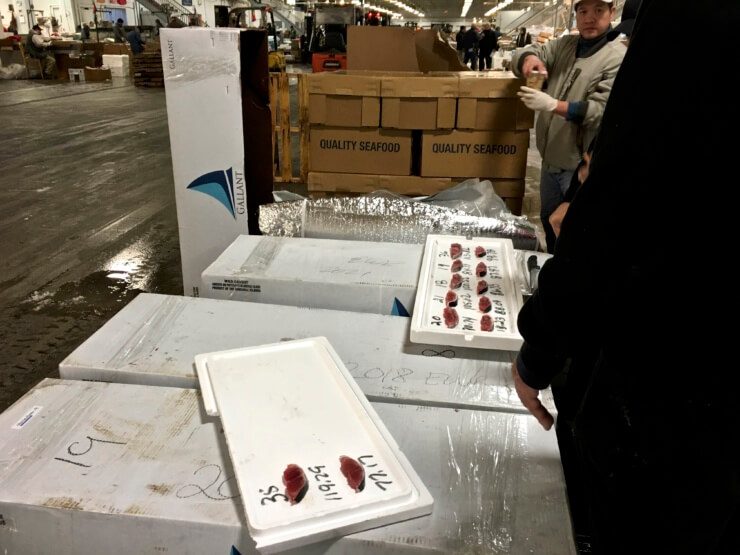 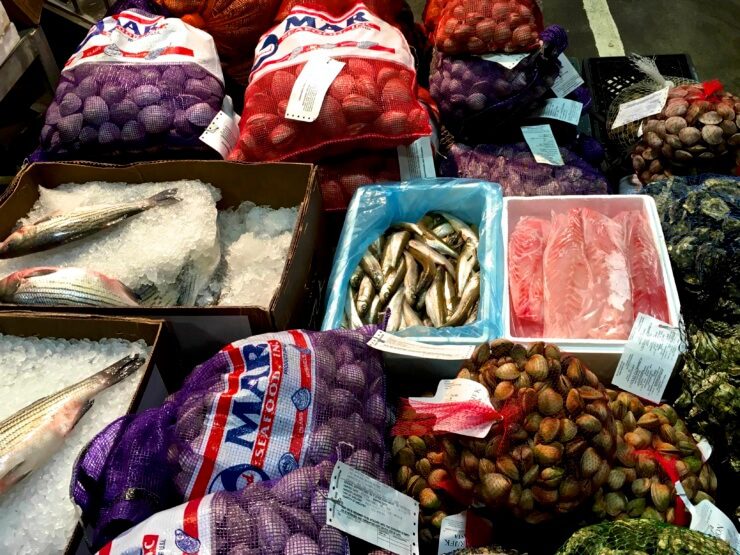 Similar to the Union Square Greenmarket, Jose went to certain vendors for certain items. East coast oysters from a Montauk dock, tuna from trusted South American importer, halibut from a Canadian fishery. Just like produce, these are items you want fresh and of the utmost quality. Also like heirloom produce, certain items are rare, wild, and expensive. Similar to ramps going for $20 per pound at the beginning of the season, soft shell crabs which just started it out were asking for high prices and being sold by the dozen. 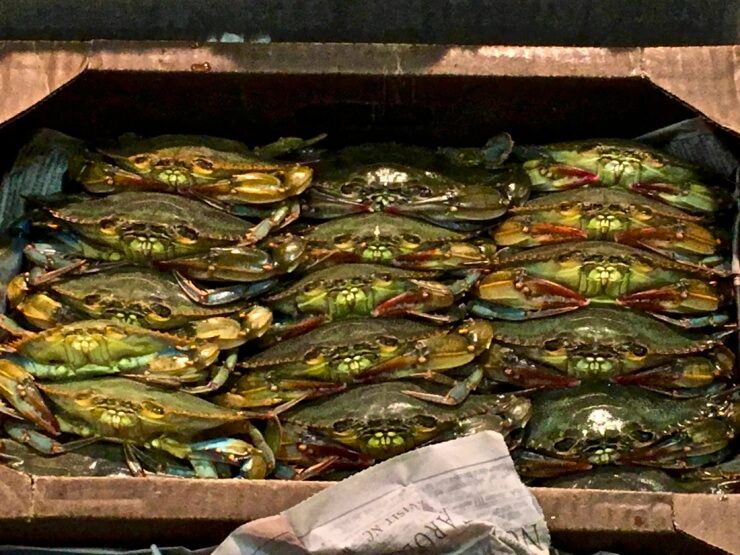 We ended up purchasing a case of oysters for the restaurant harvested from Prince Edward Island, called Irish Points. They are similar to a beau soleil: very umami and creamy with an intense briny character. This time of year they are difficult to harvest since much of the area is still covered in ice this time of year. 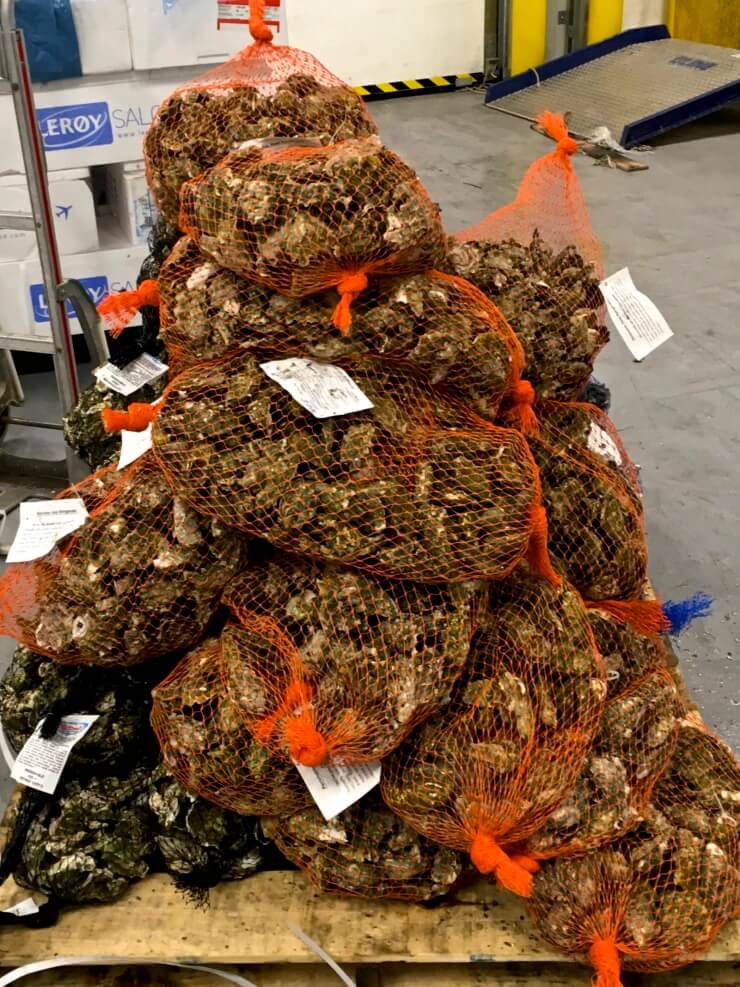 At the end of the night, we left feeling in awe of this abundant seafood universe that was taking place a stone’s throw from the quiet slumbering city. And the lingering fishy smells ensured we all had a souvenir to remember it by.

Join Us for Thanksgiving at PRINT. Restaurant!