There are many nods at our restaurant towards California Cuisine. Our owner Adam Block lives in Marin County and was inspired by the early local food movement he saw from its origins decades ago through the work of restauranteurs like Alice Waters and chefs like Judy Rogers. On a recent trip out West, I swung through San Francisco to learn more about the current food scene and also visit some iconic places that started the movement. What resulted was two days packed full of delicious bites, a bit of that rain, but also a glimpse of spring blossoming. 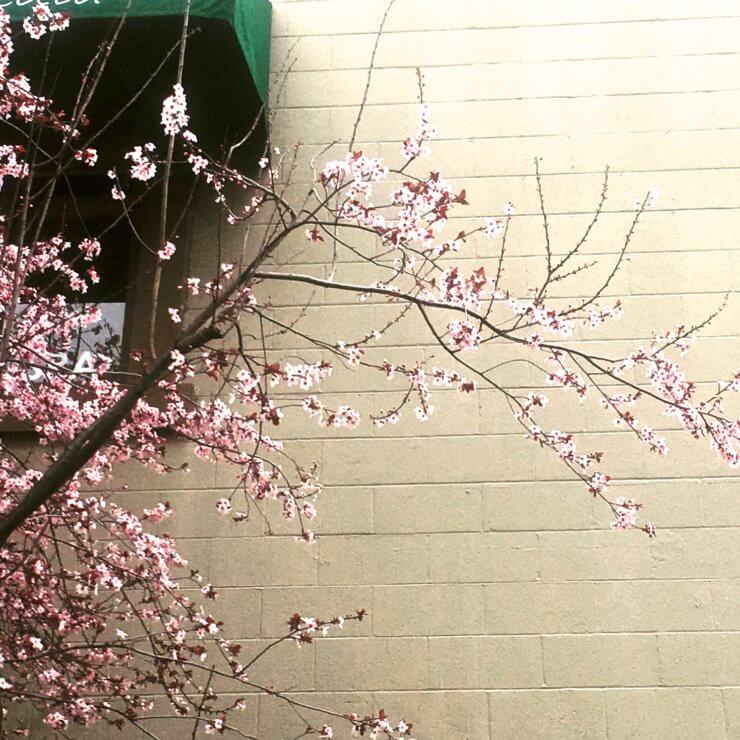 Upon landing at the airport, I was whisked to our first indulgence of the day, Dynamo Donuts, an institution in the Mission neighborhood for these yeasted confections. I went for the featured SF Beer Week donut, which had chocolate coffee stout in the glaze.

Next, we meandered to the Heath showroom which is adjoined conveniently to the Tartine Manufactory. We use Heath Ceramics exclusively at our PRINT and even have their tiles up on our kitchen walls. Since 1948, the company which was founded in Sausalito has been making sturdy design-savvy pottery by hand. It has expanded greatly since 2003 with new ownership, but the quality and construction of the products has remained rooted in its origins. 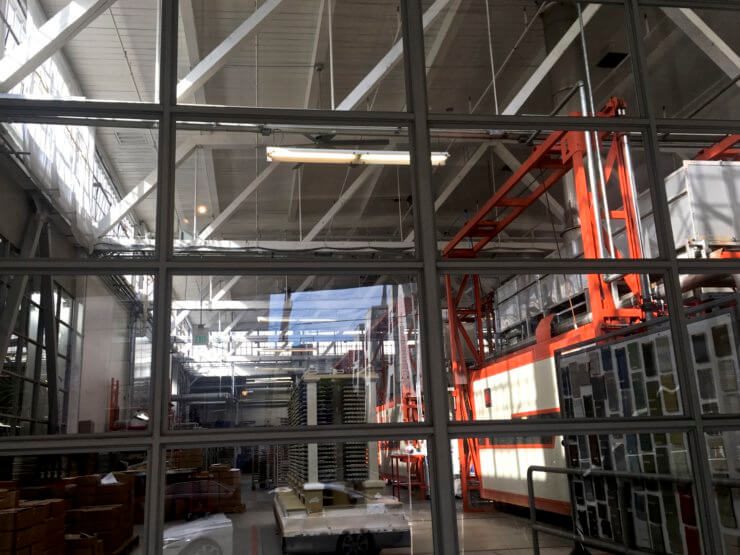 Back on the eating agenda, we headed next door to Tartine Manufactory. This is the latest outpost from Pastry Chef Elisabeth Preuiett and her husband, renowned baker Chad Robertson. Their influence in the area of naturally-leavened breads using native yeast has had profound effects across the nation. The idea of allowing bread dough to rise more slowly with natural yeast creates bread with more texture and complex flavors. In the PRINT pastry department we now have our own yeast starter that often takes on a life of its own, sometimes bubbling out of its container. We have used it as a base for a variety of breads, from baguettes to focaccia and now flatbread. 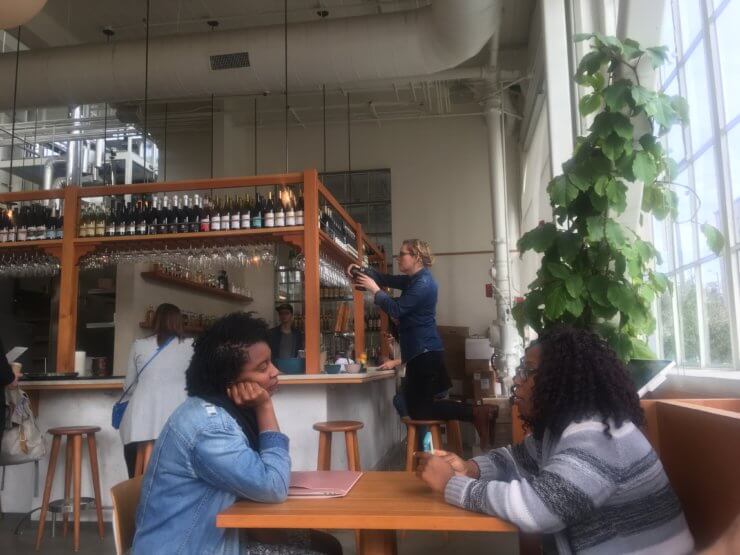 We were in between lunch and dinner at the Manufactory, so we snacked on some mortadella scones, peekytoe crab salad on brioche, and a refreshing little gem salad with citrus and benne seeds, and of course an avocado tartine. After not having local field grown greens for so long the intense turgid crispness of the little gem lettuce was a delight. Citrus we would later see was highlighted on most menus since it was the one fruit locally available and in peak season. I couldn’t leave without trying the buffalo milk soft serve: the fior de latte flavor was pure and creamy, the butterfat inherent in the milk left my mouth with a rich coating. Pistachio crumble added the crunch factor. We couldn’t leave without a few loaves of the legendary bread for the road, but as I left gazing back at the pastry display, I wondered whether could I get back for breakfast tomorrow morning. 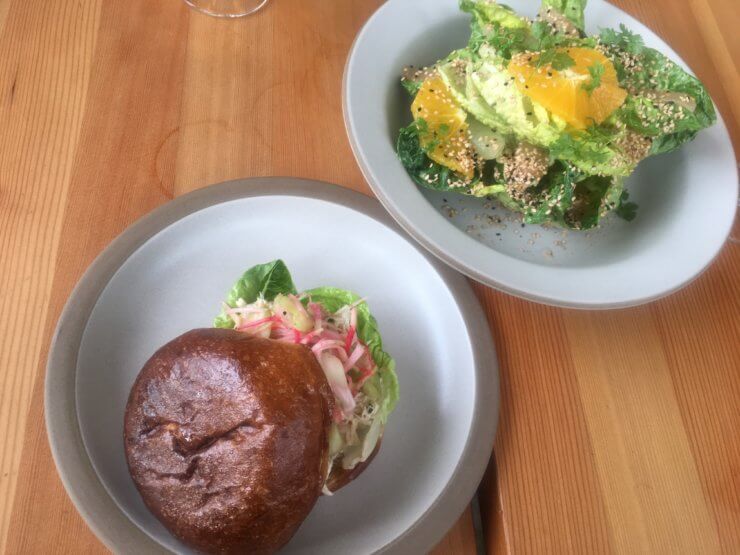 Breakfast however would also serve as a meet up with a farmer, Martin Bournhonesque, who also acts as a small scale distributor for a group of small family operated farms. In the winter and early spring we rely on his products like organic heirloom citrus, his own mixed radicchios, artichokes, and buttery avocados.

He suggested 20th Century Cafe, a passion project of the the Chef and Pastry Chef Michelle Polzine, where the menu is inflected with Austrian-Hungarian accents. I was shocked upon entering to see a gleaming basket of bagels covered nearly black with seeds. Who knew you could get incredible bagels with nigella seeds on them all the way across the coast?

Along side the open face bagels we sampled deviled eggs, poppy seed pierogi with sour cherry jam, potato knish, and lardon scones. Then after much discussion of rainy seasons, farming, distributing, restaurants, and everything in between, we somehow had segued into the lunch menu. We tried the heirloom bean goulash, spring nettle and leek purée with baked eggs, and radicchio grapefruit salad (all of which featured most of Martin’s produce). We couldn’t leave without trying the dessert that the cafe is famous for, the seven layer Russian honey cake. A few others were thrown in as “must tastes,” including a linzer torte made with coconut, a poppyseed cake, and apple strudel. 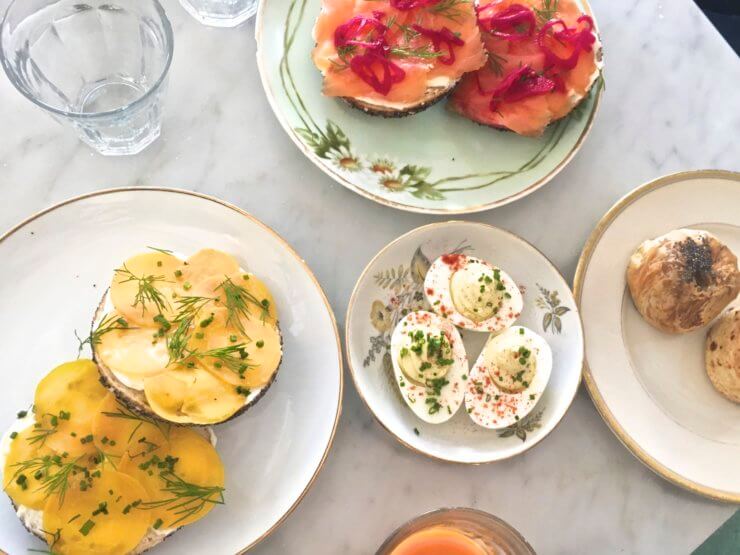 Needless to say we left sated by the food, but also by our conversation with Martin where we got to learn the ins and outs of his business as a small-scale produce distributor working on behalf of family farms.

After some strolling and touring the city we ended up at the Ferry Building to peruse the market. Local products abounded from olive oil to oyster mushrooms, but the stall that excited me the most was Rancho Gordo, the heirloom bean company. Like many food diversity efforts, theirs started small. Steve Gordo was frustrated by the lack of good tomatoes in Napa Valley, so he started growing his own varieties. That then lead him to trying out beans. He grew an heirloom variety, Rio Zape, and when he first cooked them noticed the intense complexity of flavor. He took his extra beans to sell at the farmers market and the rest is history. It turns out there is a huge demand for more flavorful beans. Most importantly, preserving these heirloom varieties and crop diversity is paramount and a large part of the company’s mission. They have expanded into Mexico to preserve and cultivate many bean varieties across the border with their collaborative XOXOC project. 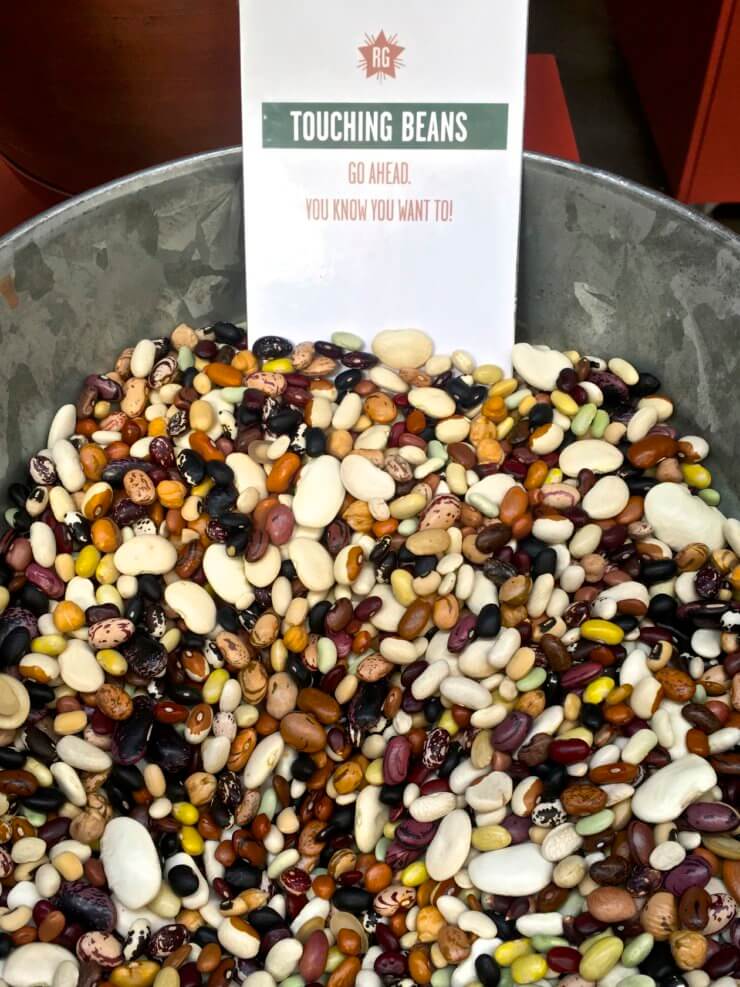 I felt like a kid in a candy store eyeing all the colors and shapes of beans. It was hard to choose but I came away with Ayocote Morado, a large thick-skinned bean with a “beefy texture” that turns creamy on the inside when cooked. The other bean I chose as a souvenir is aptly called “San Franciscano,” and is similar to a pinto but with a deep coffee and chocolate back note.

Since Hog Island Oyster Co. was closed we decided to meander down to another Ferry Building institution, The Slanted Door, known for bringing Vietnamese cooking into a more modern restaurant concept. Alongside a crispy Vietnamese crepe with shrimp and pork and their famous shaken beef, we had some of the freshest local uni I had ever tasted. Pure creaminess with a hint of ocean, it was truly a divine way to end the day.

To fully complete my California Cuisine research I had to get on the BART train and head to Berkeley. Chez Panisse was my main destination there. Upon walking up to its sign, it felt truly like I had arrived at the mother ship. Since the restaurant is built in a house, it has an automatically homey feel, and you can sense the passage of time it has seen over the decades. Adding to that feeling are the roaring hearth in the open kitchen, a pile of baby leeks on the counter, and the elegant glass dishes displaying the seasonal citrus. Simplicity rang through the menu and in the dishes I chose: sunchoke cardoon soup with truffle oil, mixed seafood fritto misto with Meyer lemon aioli, fennel, and chicories, and blood orange sherbet with meringue. There was something so classic and so French about it all that it brought me back to my own days living in Bordeaux, when a three course lunch was the norm and the menu was pure, simple, and reflected the season. 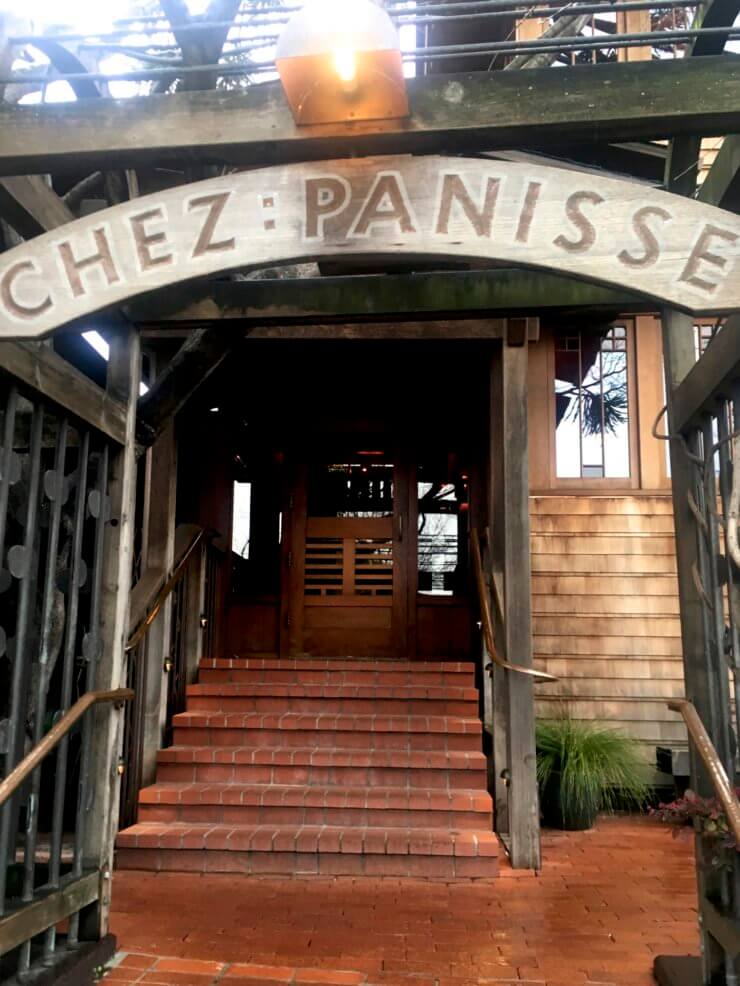 Alice Waters opened her doors to Chez Panisse decades ago with a yearning to re-create the distinct flavors she appreciated in France. However, she was the first in the American dining scene to realize that she had to do it using local ingredients. The idea was simple, the food was straightforward, but no one had ever done it quite like that before. Most importantly, it was delicious and it sparked a movement that opened up peoples’ palettes and minds to the idea of seasonality equating flavor.

The common thread through all these business models is simplicity. That is what California Cuisine revolves around. It is all about starting at the root with a seed, a yeast culture, or a cuisine and appreciating the complexity within. The result of this process can lead to big change for communities and the environment on both a local and global scale. This is why the local food movement is something we at PRINT are proud to be a part of. Going back to the source helps us gain a deeper understanding and appreciation of its origins, and helps us think about our food future.