Fiddleheads are another fleeting spring ingredient that we love to use in the PRINT. kitchen. Fiddleheads are young fern fronds that have yet to unfurl. These beginnings of the plant’s fronds for the year start out growing in tightly packed fiddleheads, so named for their resemblance to the scroll at the end of a violin — or fiddle. They have a grassy, slightly nutty flavor that reminds some people of asparagus or spinach. They are definitely unique, and a sure sign of the season.

You can find them in you farmers market — I picked these up from the Tamarack Hollow Farm stand at the Union Square Greenmarket this week. If you are looking to forage for your own, just cut the fiddlehead and a few inches of the stem below the fiddlehead from each fern frond. Remember to be a responsible forager — research from the University of Maine shows that picking more than one half of the fiddleheads from a crown will greatly reduce plant vigor and possibly kill the plant. Don’t pick if the fiddleheads are smaller than a quarter, or if the crowns has less than four viable fiddleheads.

At the restaurant we sauté the ferns and incorporate them into various dishes such as: Seared Branzino, Sauté Ramps, Rhubarb, Asparagus, Fiddleheads, Cauliflower Puree, Morels Sauce. 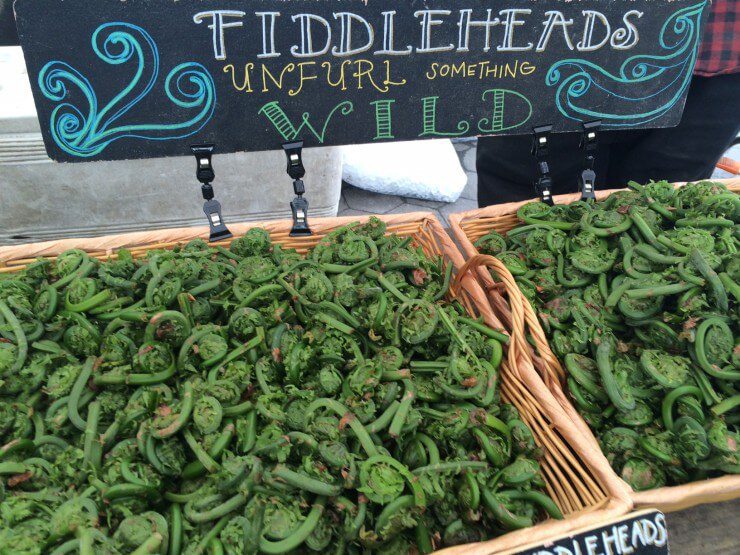