Cider Week NYC may be officially over, but we are still all about hard cider at PRINT. You can still enjoy our Orchard Spritz cocktail, and order a number of interesting and artisanal regional ciders, including one of our favorites — the Ginger Carrot Sparkling Cider from Aaron Burr Cidery in Wurtsboro, NY. This Champagne-like cider is subtle and a little bit floral, and with a special spicy, peppery kick from fermentation on grated ginger and carrots.

This cider is unique and idiosyncratic, much like the cidery that makes it. Aaron Burr Cidery takes it’s name from the nation’s third Vice President whose greatest claim to fame may be the fact that he killed Alexander Hamilton in a duel. Burr, a New Yorker, had once signed off on a transfer of the apple-laden land that the cidery resides upon, and a dueling pistol appears on each label.

Reviving the slumbering art of cider making was not what Andy Brennan and Polly Giragosian, the husband and wife behind the cidery had in mind when they relocated to Wurtsboro from Brooklyn in 2006. The artists were amazed by the variety and volume of wild apples they found growing in the woods as they hiked the trails around their new home. These apple trees were the descendants of early cider apples, refugees from orchards that were destroyed or abandoned during Prohibition. The best apples for cider making are nothing like the apples we eat. Super tart and overly acidic, they would make you pucker if you took a bite, but take those same apples, press them and ferment the juice and you have sparkling liquid gold.

The seeds of Aaron Burr Cidery were planted when Andy began experimenting with making cider for personal consumption, pressing and fermenting apples that he had foraged during his walks. Just a few years later and he is producing some of the most sought after ciders in the state. He has turned modern apple agriculture on its side with his farming and foraging techniques — he lets nature and history be his guide. He finds great fascination in the fact that apples traveled to North America from Europe with the first settlers and much like those settlers, they have spread throughout the country and adapted to different climates, and often adapted their own characteristics as apples over time.

He clambers through blackberry brambles to get to wild fruits on towering trees that haven’t been pruned since the 1800s and even the orchards that he and Polly have planted are nothing like the ordered rows you may imagine. They’ve grafted both cultivated and wild traditional cider apple tree cuttings onto rootstocks and are letting nature and the environment do what it will. Their cider making techniques are equally traditional. By returning to natural fermentation and using only local yeast strains that he cultivates, they let the fruit tell its own story. They’ve truly mastered something special and rare. The only downside to this purist approach to production is scale — there is often not enough of Aaron Burr Ciders to go around. We are really thrilled to have an allotment again this year, come in and try it! 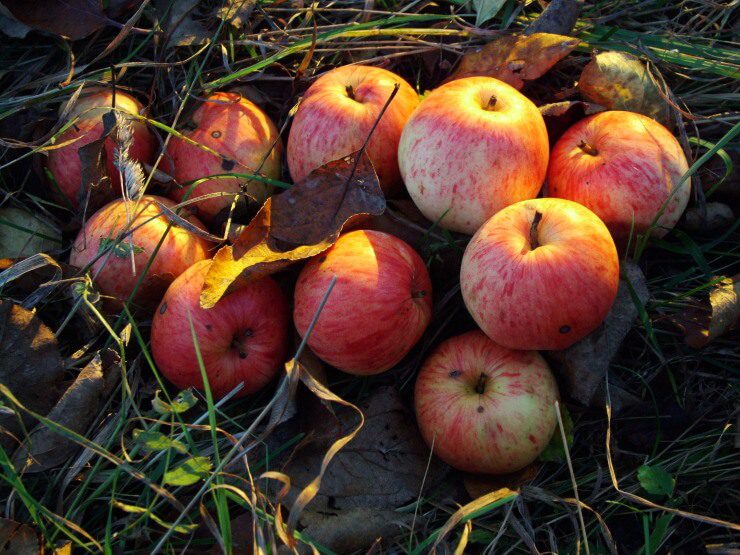