This was our second visit to Straight Out of the Ground Farm, located in the Catskills near the town of Roxbury. Although the trees had no leaves and the temperatures were a lot colder this time around, the hospitality was just as warm. Madalyn Warren, who runs the farm gave us some of her heirloom tomatoes out of the freezer which we simmered down into a rich tomato soup. Then she lead us out to the greenhouse to harvest some tender greens for a salad (baby radishes, arugula, mizuna, mustards, dandelion, etc). After that, in the last bit of daylight, we headed into the fields and near the creek to forage for watercress, garlic mustard, chickweed, and dig out sunchokes for roasting, and collect hemlock branches for tea (see in image below). Since Madalyn’s mother Ji makes incredible kimchi, we stirred some into the soup for an extra kick. We wrapped up the feast with that decadent Pouding Chomeur rich with maple and cream (Quebecois Poor Man’s Pudding). The hemlock tea acted as our digestif, which is high in vitamin C and takes on a woodsy citrus flavor. As the cozy wood fire lulled us into as sleepy state, we decided hit the hay and prepare for our farm chores the morning. 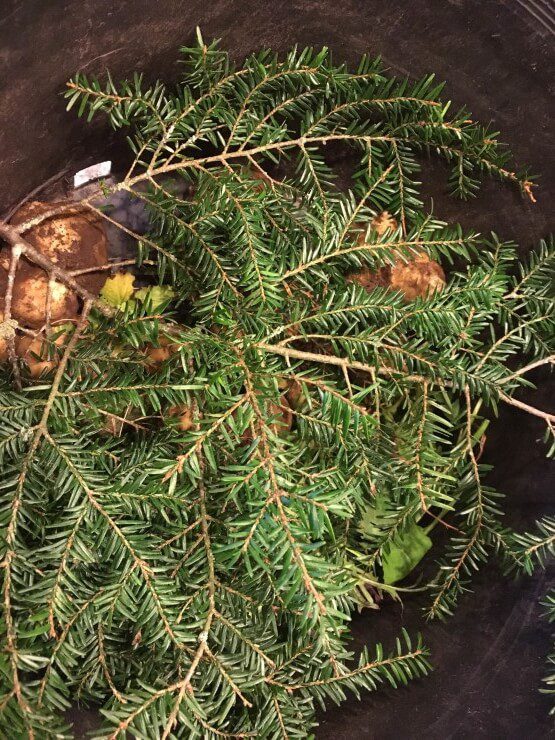 After a hearty and indulgent breakfast of maple sausage, farm eggs, and biscuits, we headed out to the field to create a new area for the chicken coop on the pasture. Luckily the sun was shining and there was a gentle breeze, so the 30 degree temperature felt tolerable and nearly spring-like. This project entailed removing last year’s weed covers from the ground and putting up new fencing. As we pulled the black plastic covers from the dirt we saw that there were lots of spring weeds growing robustly, in a sense the plastic had created a mini greenhouse effect. The chickens immediately rushed over and trailed behind us as we pulled back the tarp, eager to root around in the warm fresh earth and enjoy the plethora of worms below. The two cows were eager for new pasture as well, and snatched up all the vibrant green patches of clover and chickweed. 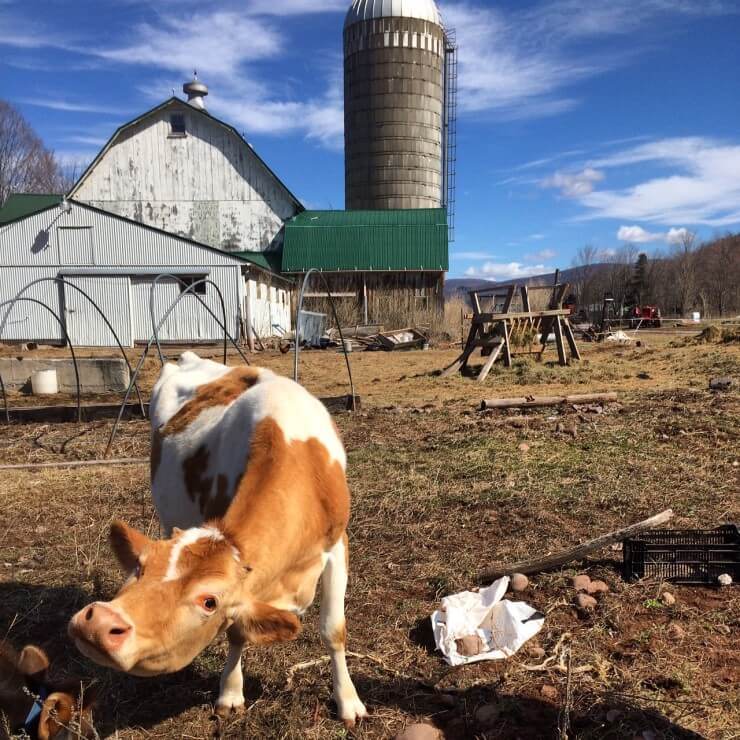 Above is Isadora, a Geurnsey milking cow, who is in her final month of pregnancy (cows, like humans, have a gestation period of 9 months). In those final months of pregnancy they are not to be milked, so we were not able to have any of her tasty, creamy, unpasteurized milk on this trip, but will be looking forward to it next time. Blink is the teenage Brown Swiss cow below, and will not start milking for another year or more. 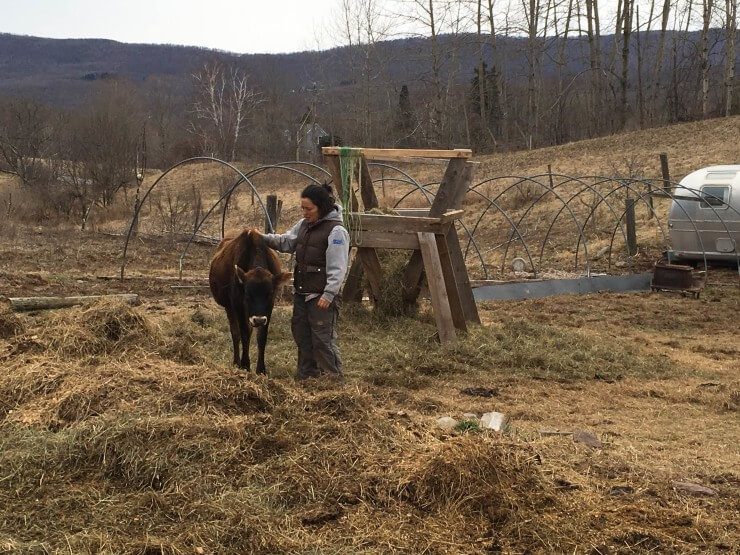 Between the pregnant cow and the roosters chasing the chickens and birds buzzing in the trees it was really beginning to feel a lot like springtime on the farm. Conversely, inside the greenhouse it felt like a balmy humid summer day. That is where we headed next, to work on the planting of various brassicas (kale, cauliflower, broccoli, cabbages, etc.)  Planting seeds is a tedious task, each tray has approximately 50-100 small containers and each one must be filled, then indente , then planted with one individual seed and finally lightly covered with soil, labeled, and watered. As we planted, I daydreamed of the gorgeous heirloom varieties of brassicas we would see from the farm several months from now, while marking their vivid names: snowball cauliflower, graffiti purple broccoli, white russian kale, and cannon ball cabbage! 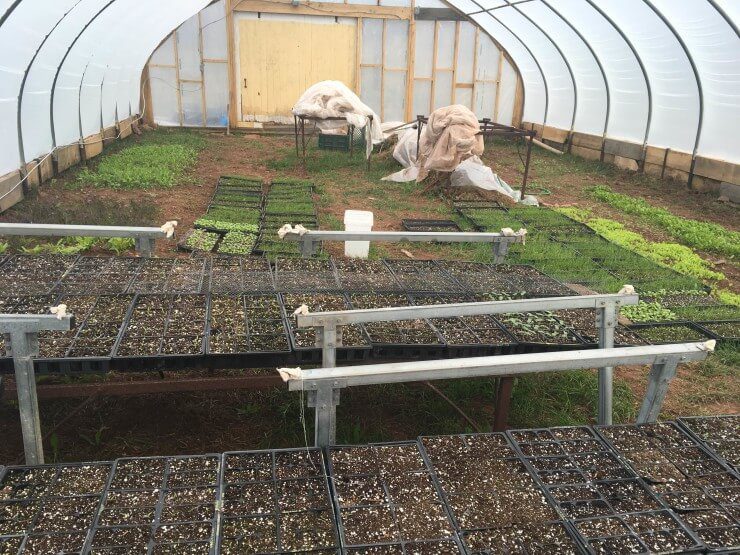 We took a pause from planting to go on a search for spring’s first ramps, with a friend of Madalyn’s who also leads mushroom walks throughout the Catskills (in the works for our next trip). He advised that one will usually find ramps in logged areas of woods and that it is best to just take the leaves and leave the bulb in the ground and intact. We came upon some large patches and I pinched off a few leaves just to bring back for a taste. This season, please buy only ramps with the leaves, it will take a destructed patch nearly 5-7 years to rejuvenate if a majority of bulbs are dug up. Besides, the same wonderful musty garlic leek flavor is the same throughout the entire plant, so you can still get that pronounced ramp flavor without the bulb. As we headed back on road to the city, the winds picked up, the sun vanished, and snow flurries began gusting and blustering across the mountains. Once again we felt that confusing combination of the warm welcoming signals of spring co-mingling with a cold farewell kiss from winter, and in that moment we truly felt the solstice, that tumultuous transition of the earth and its creatures between two seasons.