This week’s delivery from Dock to Dish is pretty exciting. The first fish we will be working with is Montauk Yellowfin Tuna caught by Captain Chris Burger, who has stepped into the lead rod-and-reel tuna fisherman position for Dock to Dish this season. He landed this Yellowfin haul after a two-day expedition on his boat the F/V Defiance, and returned to shore specifically to deliver this week’s Dock to Dish shares before loading up on more ice and fuel before heading back out for another 48-hour tour. Chef Charles Rodriguez will be serving this tuna as a tartare with ginger, shallots, lime, and chives, and as an entrée seared with fennel, heirloom tomatoes, apricots, corn, arugula, chervil and creme fraîche (see below). 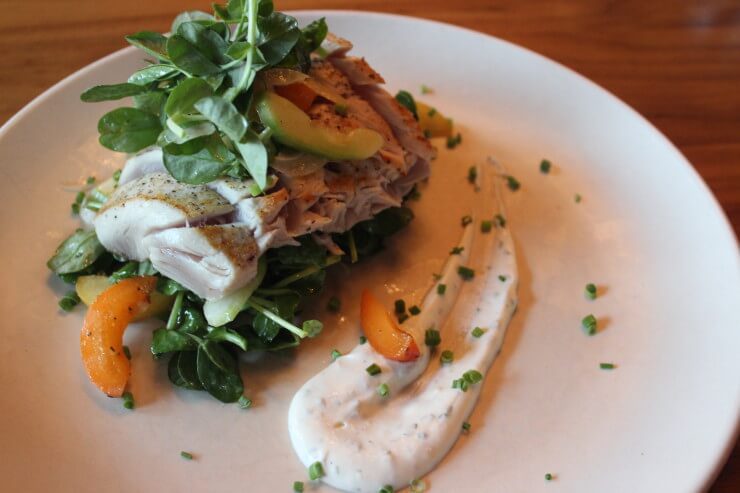 We also received Montauk Jonah Crab, caught by Captain John Aldridge during a 36-hour stint at sea on the F/V Anna Mary. Jonah crabs are East Coast crustaceans which have sweet, delicate flavor, quite similar to the coveted West Coast Dungeness crab. The generous size of their claws are comparable to those of Stone crabs. When harvesting these crabs, Captain Aldridge sorts the largest crabs from each trap, systematically removing their claws one-by-one, and packing the claws immediately into containers in crushed ice. He then releases the still live crabs back into the ocean, where a significant percentage of them should eventually regenerate new claws. We will be serving the crab meat from the claws in a salad topped with cucumber, avocado, lime and cherry tomato vinaigrette. 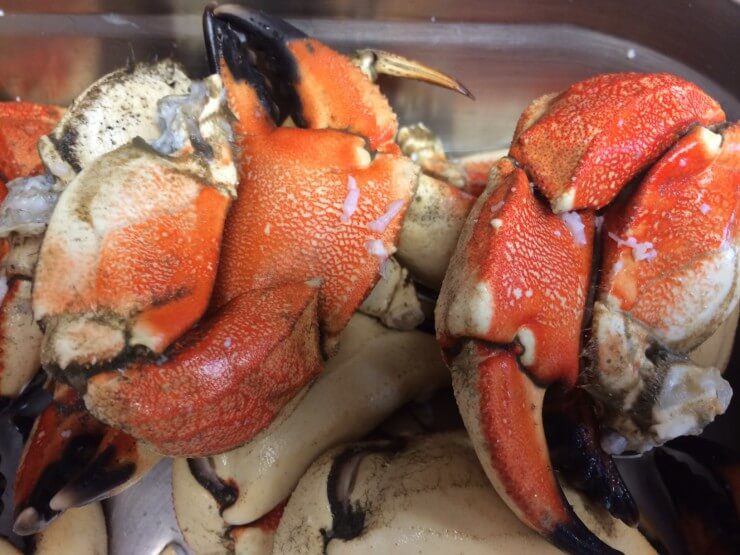