For several years we have worked with Bianca of Uncouth Vermouth, whose seasonal and local vermouths and their unique flavor combinations have inspired a myriad of cocktails at the PRINT bar. We were thrilled to learn last month that she has started making complex aperitifs and amaros. She came in for us to taste her first bottling, an alluring blue aperitif called Uccelli, which translates to “birds” in italian. Bianca told me she wanted to make her first aperitif the color blue since it is such a challenge to do using only natural ingredients. The vivid color stays true even when mixed with citrus and other ingredients. However, she would not reveal the key ingredient that keeps it such a true blue. 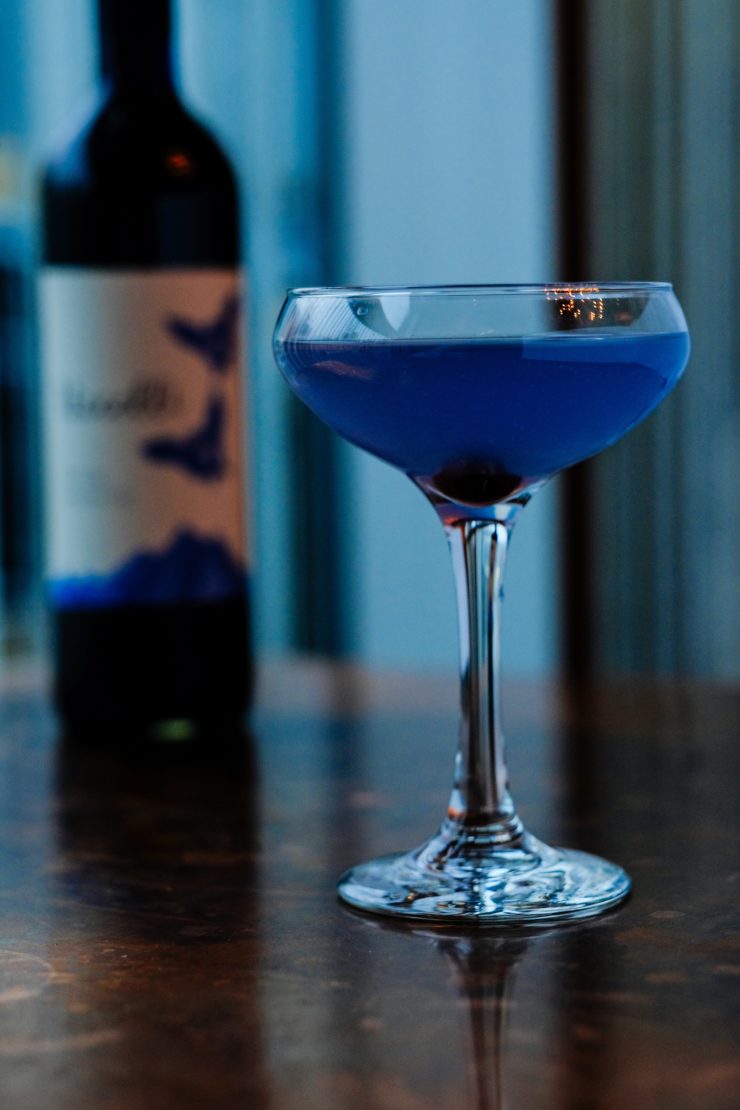 Recently, blue cocktails have had a comeback. An article in Eater attributed their current popularity due to people’s desire to let loose in what are such stressful times. However, this desire for blue is nothing new, as the article describes – “the history of blue cocktails goes back to Victorian England, when hues of purple and deep blue were associated with royalty.” Later in the mid-18th century the article explains that the “Dutch created Blue Curacao made from the citrus of the Caribbean island of the same name” which became an integral part of tiki cocktail recipes and culture revived in the mid-20th century. 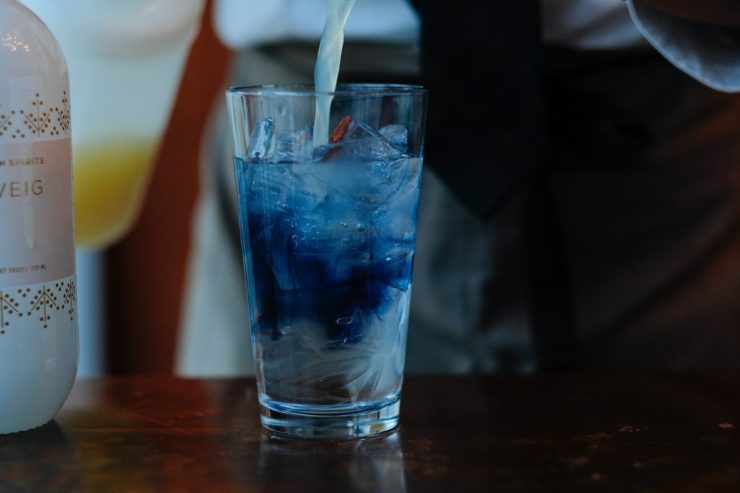 Behind the PRINT bar we are using Uccelli instead of Creme de Violette in our own rendition of the classic Aviation cocktail. We are pairing it with a unique field-to-glass gin, from Far North Distillery in Minnesota. This Sloveig gin is according to their website description, “born of AC Hazlet Winter Rye planted and harvested by the distiller on the family farm. Every step of production – milling, mashing, fermenting, distilling and bottling – is done by hand.” The result is an ethereal and light gin with soft herbal notes. It makes the perfect backdrop for Uccelli’s bright citrus and floral flavors. 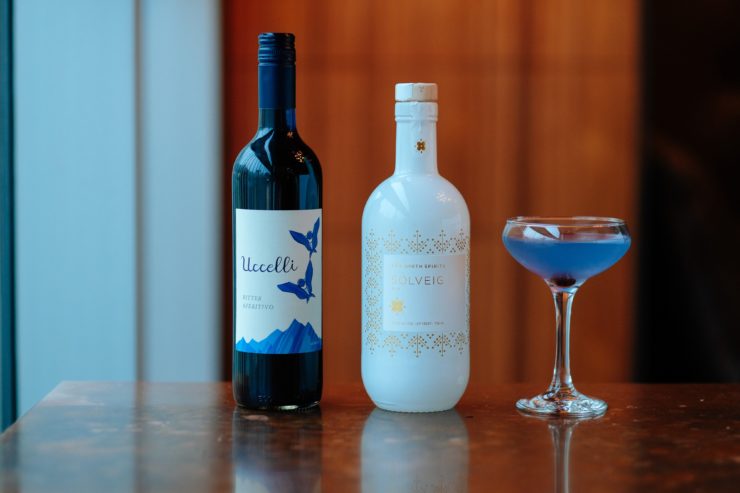 So if you are feeling blue or seeking blue skies, come and try this uniquely colored cocktail we are calling The Violet Hour. Heading into the spring and summer we will experiment with incorporating it into a lavender-hued spritz.