August is nearly peak harvest season for many farms in the region, but for Campo Rosso it is just the beginning. That is because their main focus is on growing Italian heirloom chicories which thrive in cooler late fall weather conditions. I went to help them out with seeding some of these later harvested varieties and learn more about their unique beyond organic farming practices.

I made my way past Philadelphia to the bucolic rolling landscape of Gilbertsville, and finally to the horse stables where Campo Rosso leases their several acres. The horses provide that biodynamic farming element of manure for enriched soils, so they will rotate onto land where the horses previously grazed and turn it over for planting. On our tour Chris and Jessie, who operate the farm together, explained that their soil is also very heavy in clay, which is not ideal for some crops but is great for growing chicories. But that is not the only reason they plant so many of them. They also really enjoy eating them, and so they went to Italy to learn more about growing them and other varieties. The trip also inspired the name of their farm which is a province near Genoa. They explained that once they reach their peak growth in the colder months before the frost is too hard, they have to dig many of them up with the roots attached and store them in water baths in their greenhouse. Hence it is more labor intensive than most other greens when it comes to harvesting and storing. 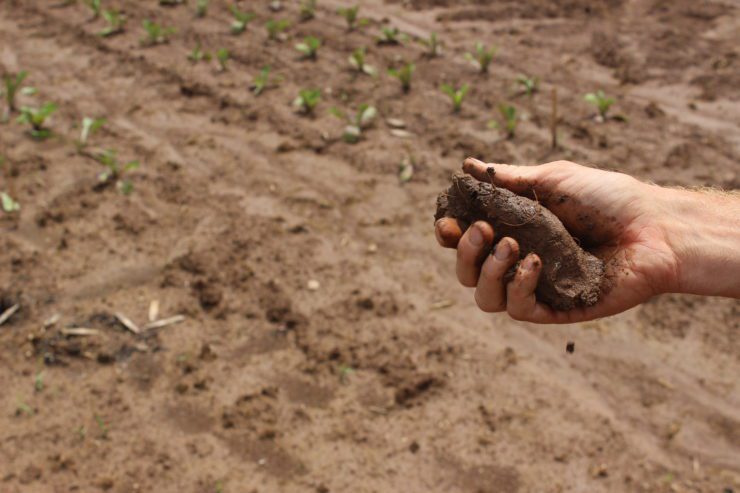 Campo Rosso also grows various summer crops like peppers and tomatoes, but they are very precise in terms of varieties they grow and how each crop works in their soil and climate. They prefer to not spray any of their crops, even with organic inputs, so when certain plants attack or the weather disappoints they just don’t harvest it for market. For example, there were these loaded cherry tomato vines that had gotten cracked open because of all the rain, so they would only end up harvesting their hoop house tomatoes to sell to customers. In the hoop house they can monitor the water levels. They prefer to actually allow the plants only a small amount of irrigation since this produces more concentrated and sweeter-tasting fruit. Similar in a way to making grape vines struggle for more character and flavor, the same can be done for tomato vines. 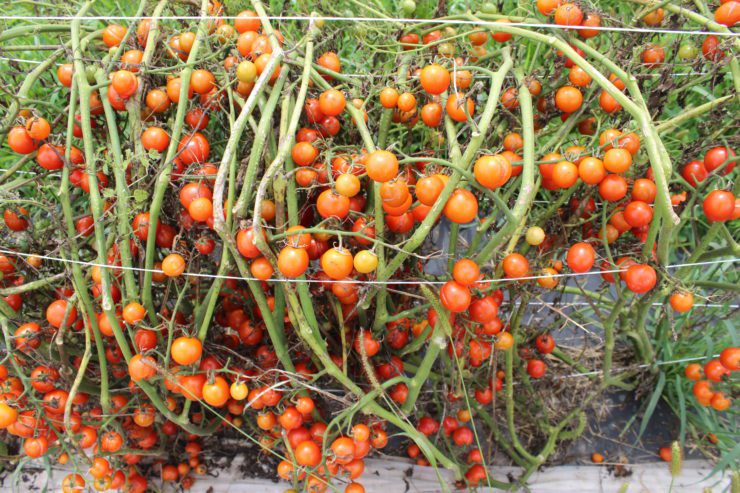 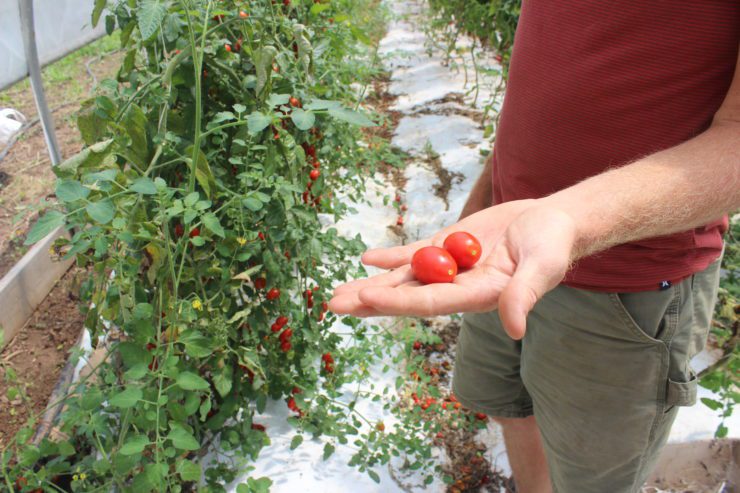 They also grow many unique pepper varieties like bird’s beak peppers: a mild smaller pepper with fruity character that originated South America. Another yellow and red sweet pepper comes from Provence and is smaller in size and thinner skinned than a standard bell pepper. I helped to harvest several hot varieties: jalapeño, anaheim, and poblano peppers from plants that were loaded with fruit. 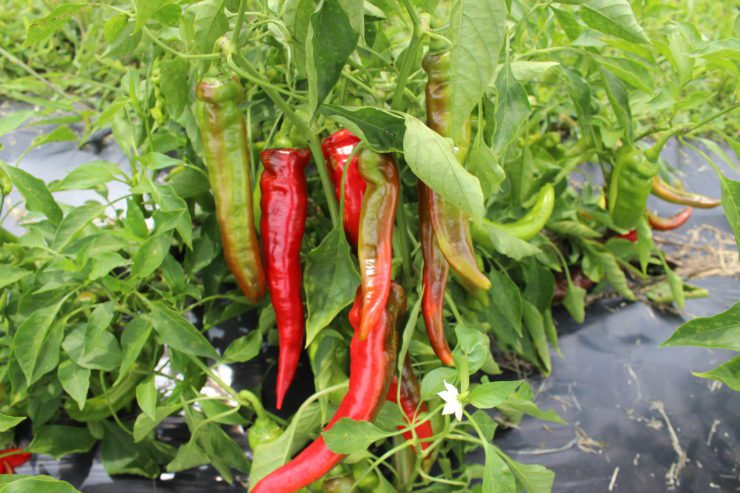 As I headed back to the city, I felt inspired by these young farmers, who had both recently transitioned into this new field (pun intended) and in less than a decade have learned how to successfully farm using sustainable methods. Furthermore, they have carved out a niche for themselves with their speciality crops and chicory cultivation. Every week all their hard work pays off at their stand and the USQ Greenmarket, which dazzles with its gorgeous display and delights buyers with these intensely cultivated flavors. So for that we would like to say, thank you Campo Rosso, and keep up the all the hard work!

To see what they are harvesting and selling at the USQ Greenmarket and learn more about their farm follow them on instagram!