The last time I visited Tama of Meadows and More in her secret bog in September, it was to forage wild cranberries and kayak for water lilies. These past few weeks she has been harvesting a sweeter berry that is a summer favorite, the blueberry. One often thinks of wild blueberries coming from Maine and northern regions of the Midwest, but those are of a low bush variety. The bog has revealed that the high bush variety can be found in South Jersey, which makes sense since it is the birthplace of the blueberry (see related article in NY times).

I was gung-ho to get out there and help harvest what would be the tail end of the bog’s bounty. Reveries of wild blueberry jam, pancakes, muffins, crisps and pies filled my head. Here in the PRINT pastry kitchen, Chef Amy Hess has been putting these wild gems into a delectable buttermilk blueberry chess pie that has quite the following.

It had rained the night before and the humidity was high so luckily we had a lot of cloud coverage. We first foraged from a patch on dry land pulling the tiny berries from the branches and discarding any overripe or green specimens. It was here that I found what I thought was another type of blueberry on a lower bush. After tasting one, Tama told me those were huckleberries, which hang individually off each stem rather than in clusters, and have more seeds and tart flavor.

Then we moved near the water where the berries were plumper but harder to reach. Larry, one of Tama’s foraging assistants, went straight into the water to gain better access and maybe cool off a bit too. 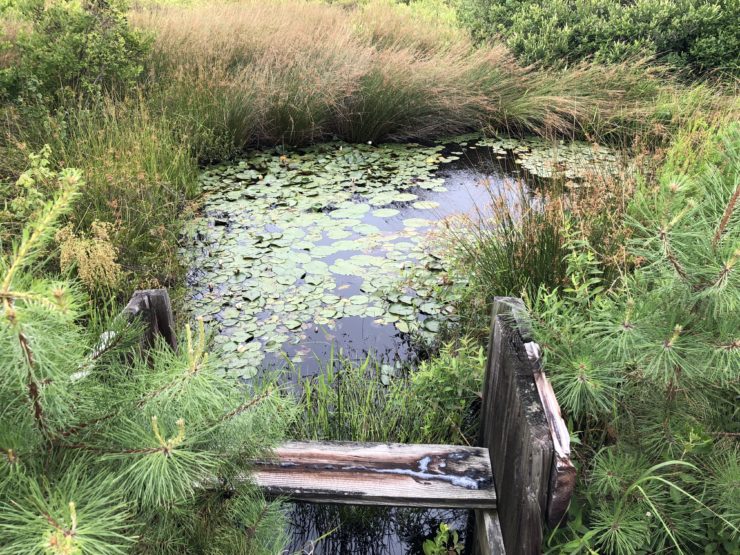 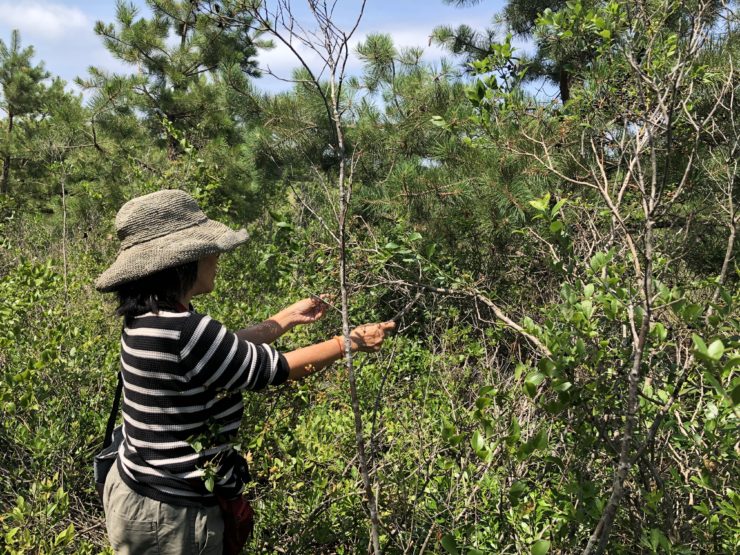 There is a meditative quality to wild blueberry foraging, as Tama says. It’s a lot like the Japanese ritual of forest bathing – purifying the body in nature. Breathing in the salty sea air and popping antioxidant, flavor-rich berries into your mouth keeps up your stamina as you reach and pluck through the brambles and brush. 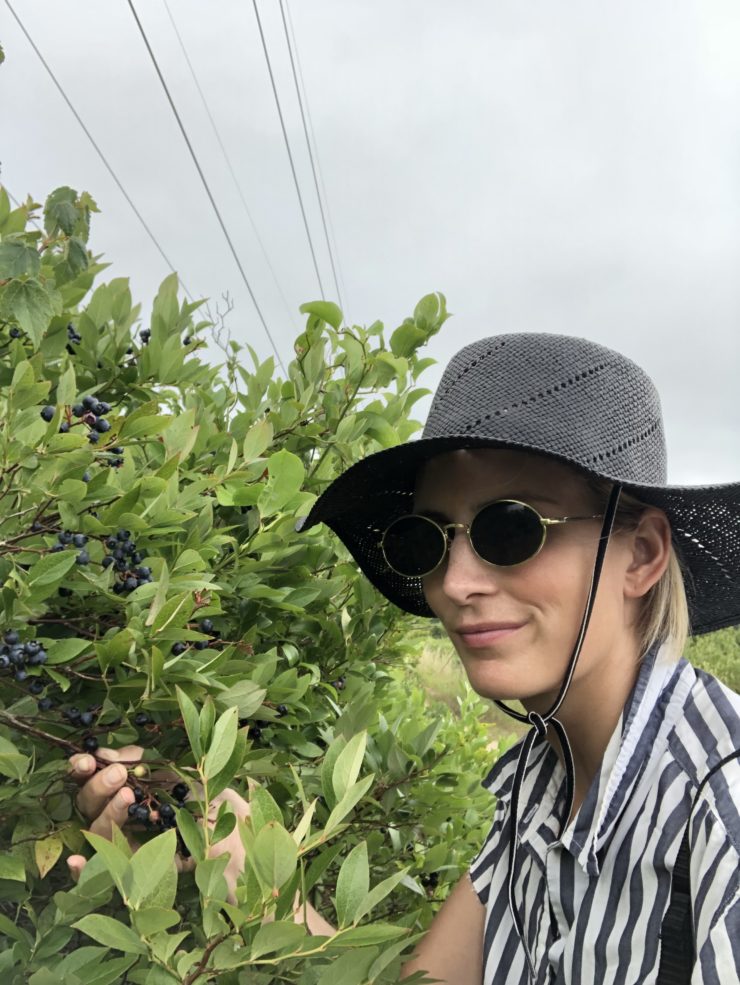 Finally I had to hit the road and head inland to visit a farm with an animal I had never encountered in person before. Riverine Ranch, located in Asbury, NJ is one of the only farms in the East Coast to raise water buffalos for their milk. 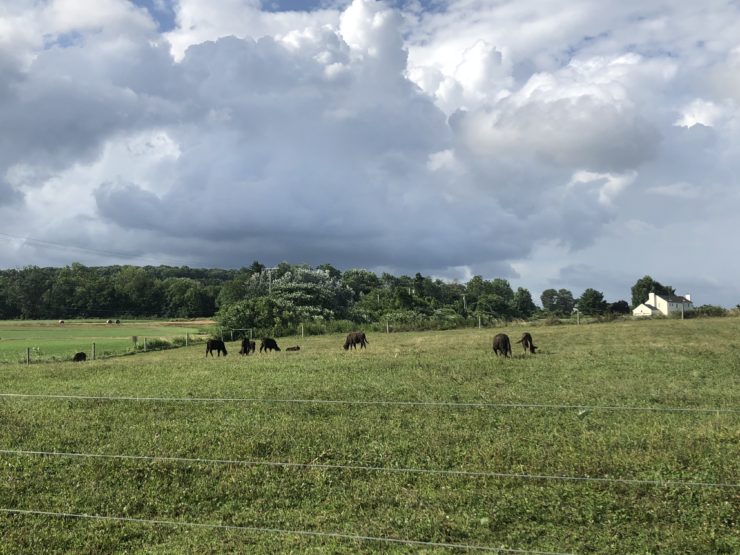 Down the winding back roads and past various hamlets I came upon the water buffaloes on pasture, but as I got closer I realized they were actually the babies grazing on the grass at the entrance of the property. I was then welcomed by an energetic dog named Bernie who even hopped in my Zipcar!  I finally found Brian – who operates the farm and dairy with his wife Courtney – who was at the Greenmarket that Sunday selling their incredible cheeses, yogurts, and water buffalo meat. He took me out to the other pastures to see the mamas, who he calls lovingly his “ladies.” At first they seem intimidating with their large horns and width, but Brian told me they are very docile and he has never had an incident of aggression. 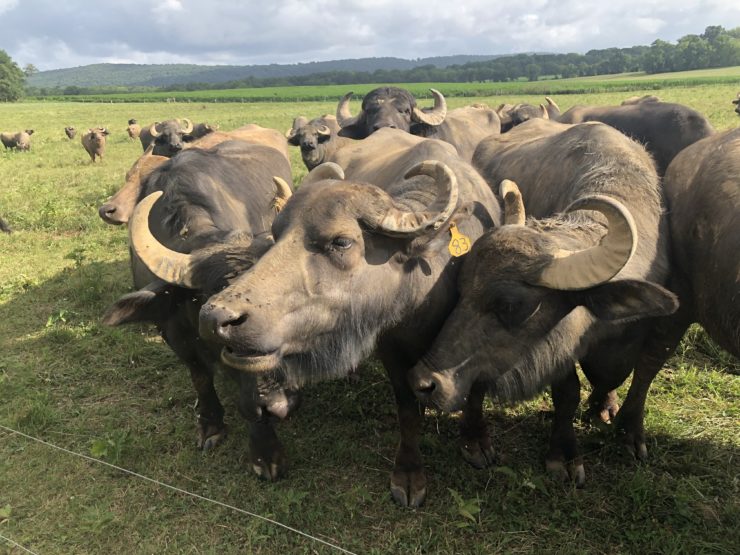 We opened up a fresh area of pasture for them. They will eat off the land spring through the fall, and in the winter he feeds them hay. In general water buffalos yield less milk than a dairy cow, but in the winter it is even less so they give the herd and themselves a two-month break. Although they give less milk, Brian explained that the milk they give is a lot higher in fat content than cow’s and thus it yields more curds for cheese. Also their milking lifespan is nearly four times that of a dairy cow, averaging twenty years! It is no wonder that Brian knows each animal and it’s personality, as he will be working alongside them for two decades. He starts this bond by feeding them the mama water buffalo’s milk from a bottle only a week after they are born and continues for several months until they can move on to eating from the pasture. 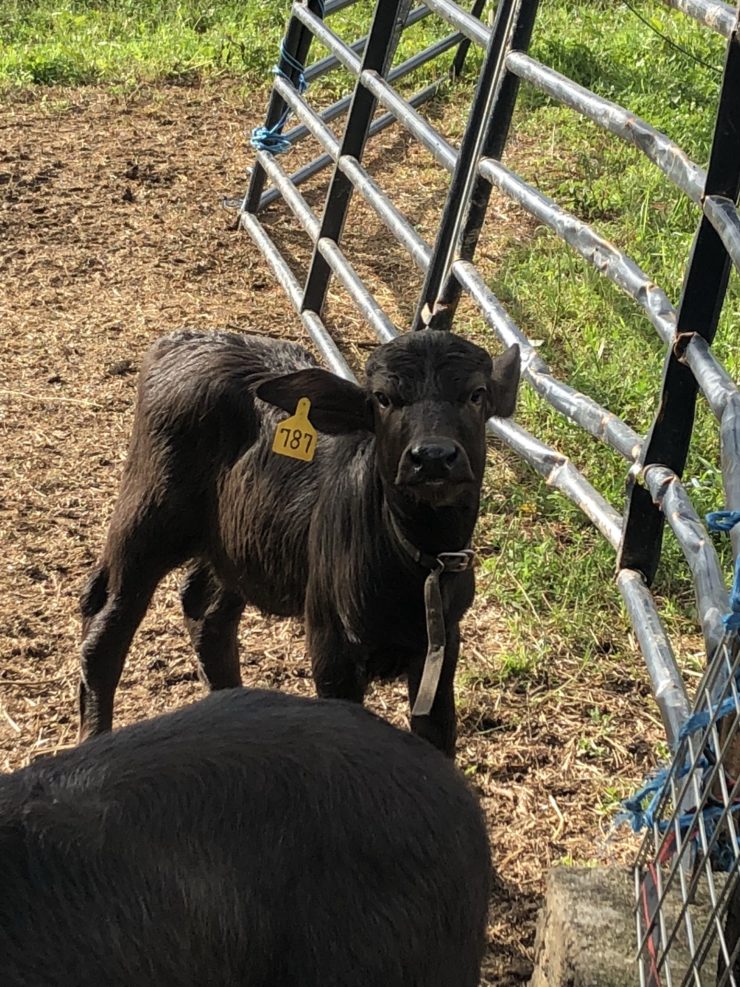 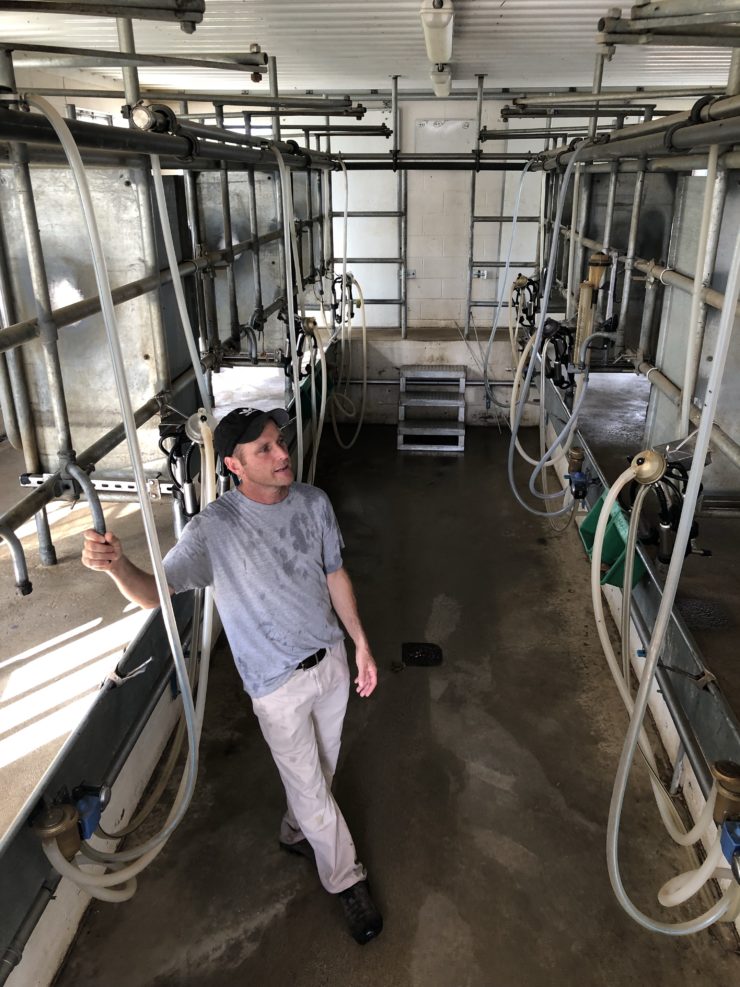 All in all it was fascinating to be around these immense mammals, who have such a history with agricultural development. Brian and Courtney are raising them as part of an effort to revitalize New Jersey’s dairy industry, and are also working with various environmental conservation groups to learn how water buffaloes can help reduce invasive plants in the region. Most importantly, they are using breeds from Italy that are prized for their flavorful milk which creates the true Mozzerella di Buffala and other incredible cheeses. Riverine also makes award-winning yogurt and strains it to make a rich labneh which we currently use on our beet salad for a creamy and tangy kick. We look forward to featuring Riverine’s seasonal cheeses and maybe even water buffalo meat on the menu at PRINT and bring this truly unique product to our diners. 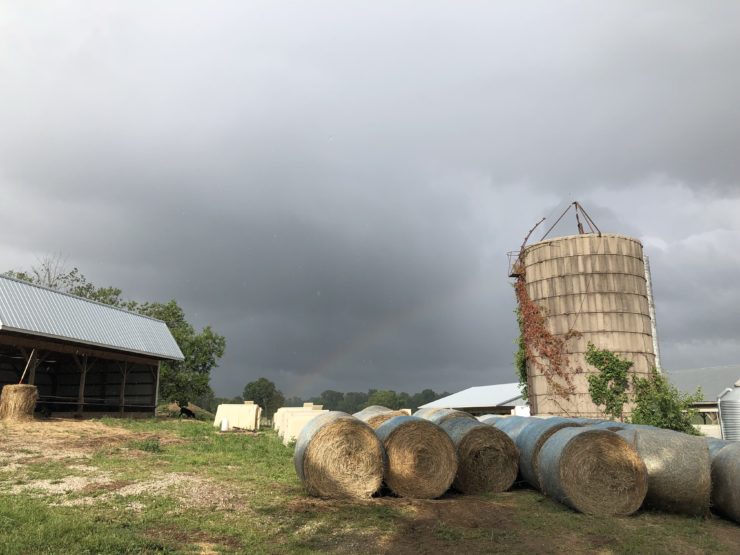 As I departed the rain poured down cooling off the herd and creating a beautiful rainbow across the field. Another inspiring farm trip with many more to come!